Last week I went on my second date with Annemerel, from Annemerel.com. If you don’t already read her blog (go!) you might remember her from when she came to London with her sister to run the We Own The Night race. I hadn’t seen her since, and because she works in Amsterdam a few days a week, we had to meet each other again! The previous week we had some Thai food, which wasn’t nearly as good as Thai Metro in London, so I don’t feel like writing about it. But last week was REALLY good, so of course I’m sharing this with you;) Originally, the plan was to go for a run together with the Nike crew, but it was raining so much that burgers were the obvious plan B. Our hotspot of choice was Burgerlijk Amsterdams. 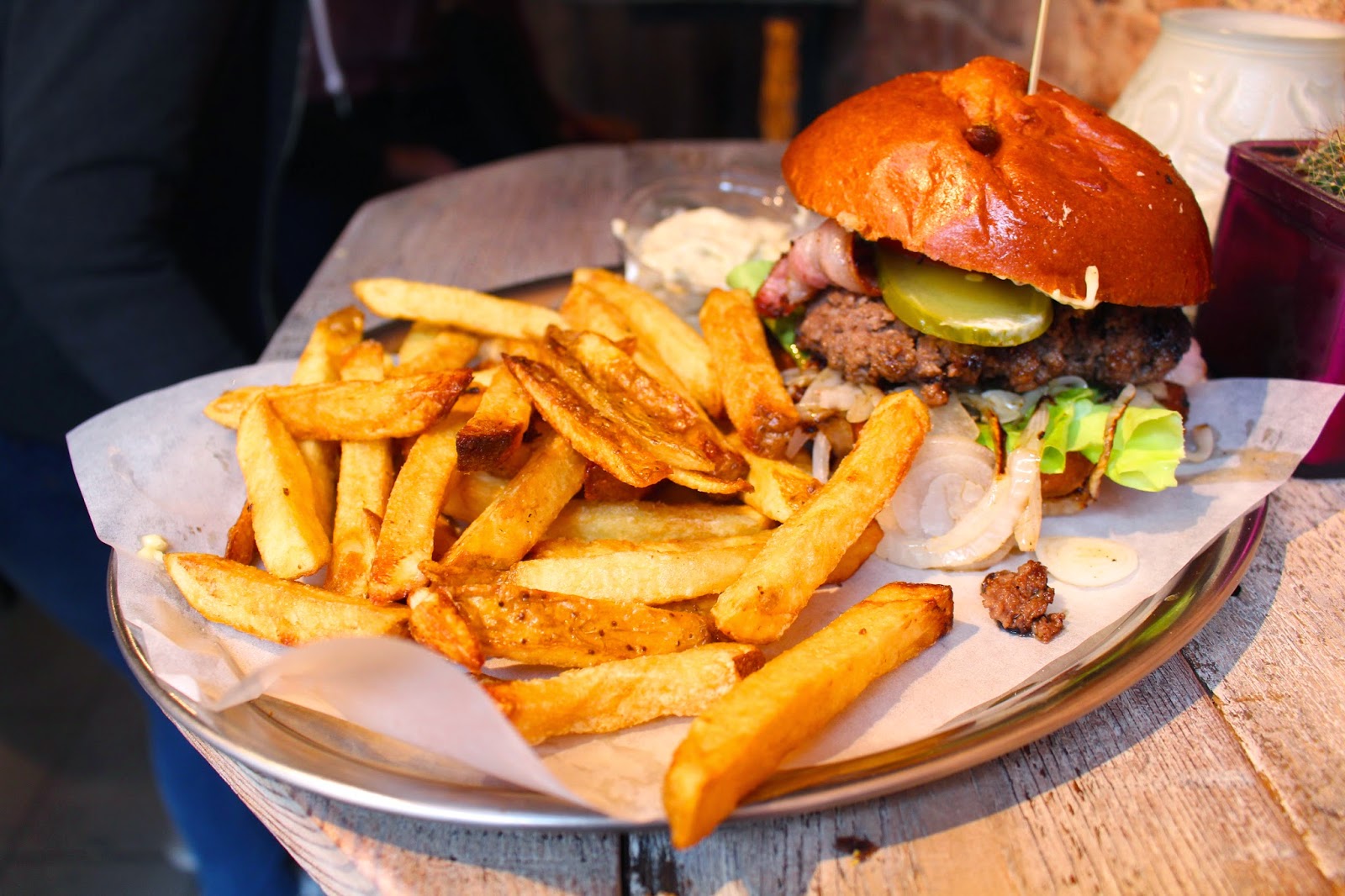 Burgerlijk Amsterdams is a tiny burger shack on the Runstraat (one of the 9 streets), right in between the Prinsengracht and Keizersgracht (oh boy, it was much easier to describe places when it was all in English!) It’s tiny, and there’s only a few seats. We managed to grab the best ones, right by the window, but one a nice day I’m sure sitting outside is even better!


The menu is simple, you can basically make the burger you like. You choose your meat, extra toppings, sauces and other extras. I went for a simple beefburger with extra bacon, onion and a side of fries, shared with Annemerel, since the portion of fries is huge.

The food quickly arrived, and we doubted for a bit about our plan of attack on those massive burgers. This was going to get messy, very messy. 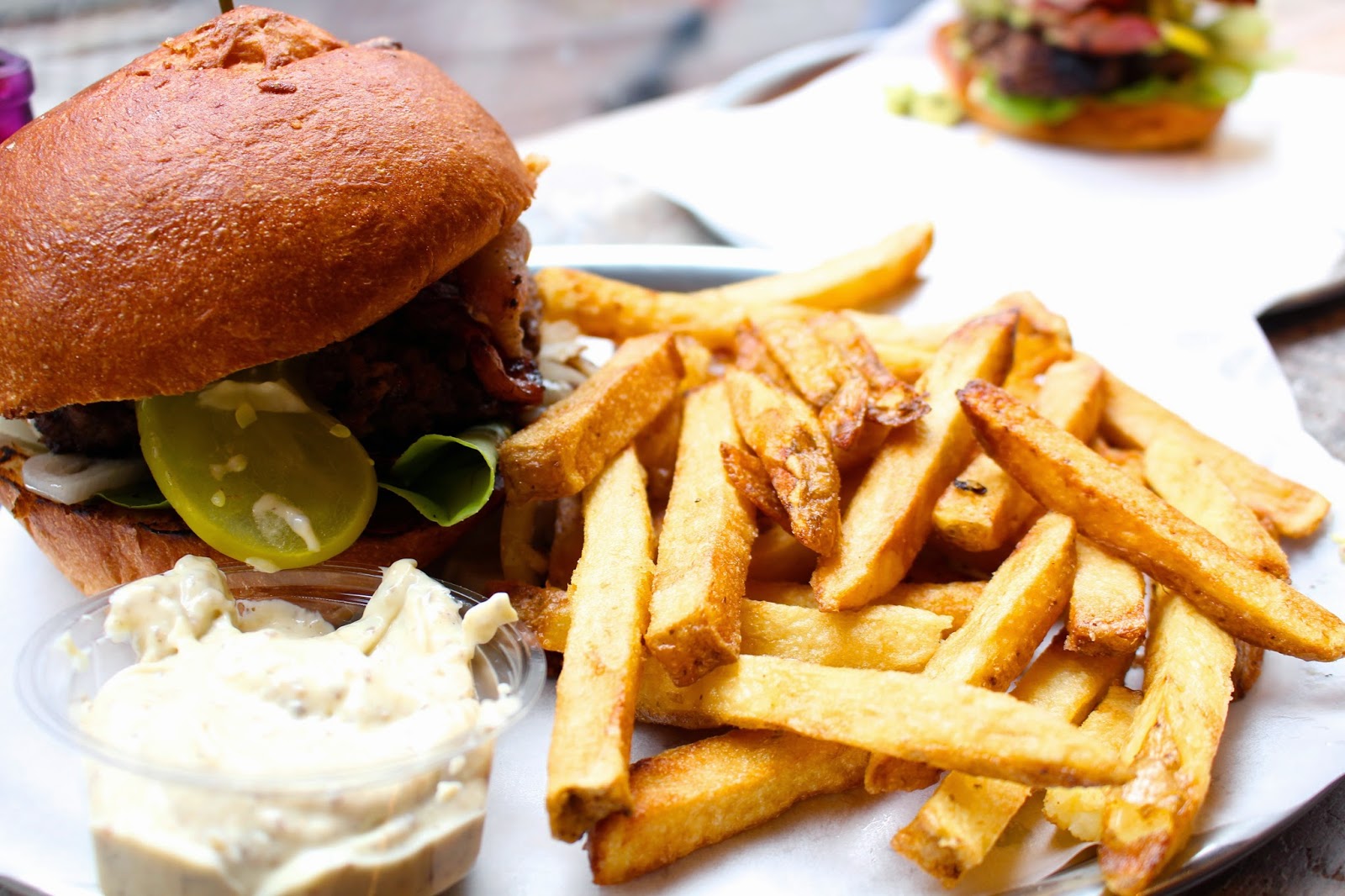 The beef is really tasty and kind of falls apart as you eat, which is something I actually like. If you like a firm patty, it’s maybe better to choose one of the other meat options. The brioche bun is fresh and tasty, but I’d prefer it if it would have been grilled before, because it was quite cold. The fries were chunky, skin-on and hand cut. Super tasty! I would probably skip the truffle mayonaise and home-made ketchup we ordered. Heinz ketchup is unbeatable and highly necessary with fries in my opinion. At Tommy’s in London for example, you can take as many sauces as you want, and they’ve got like 20 options, which is way more fun. 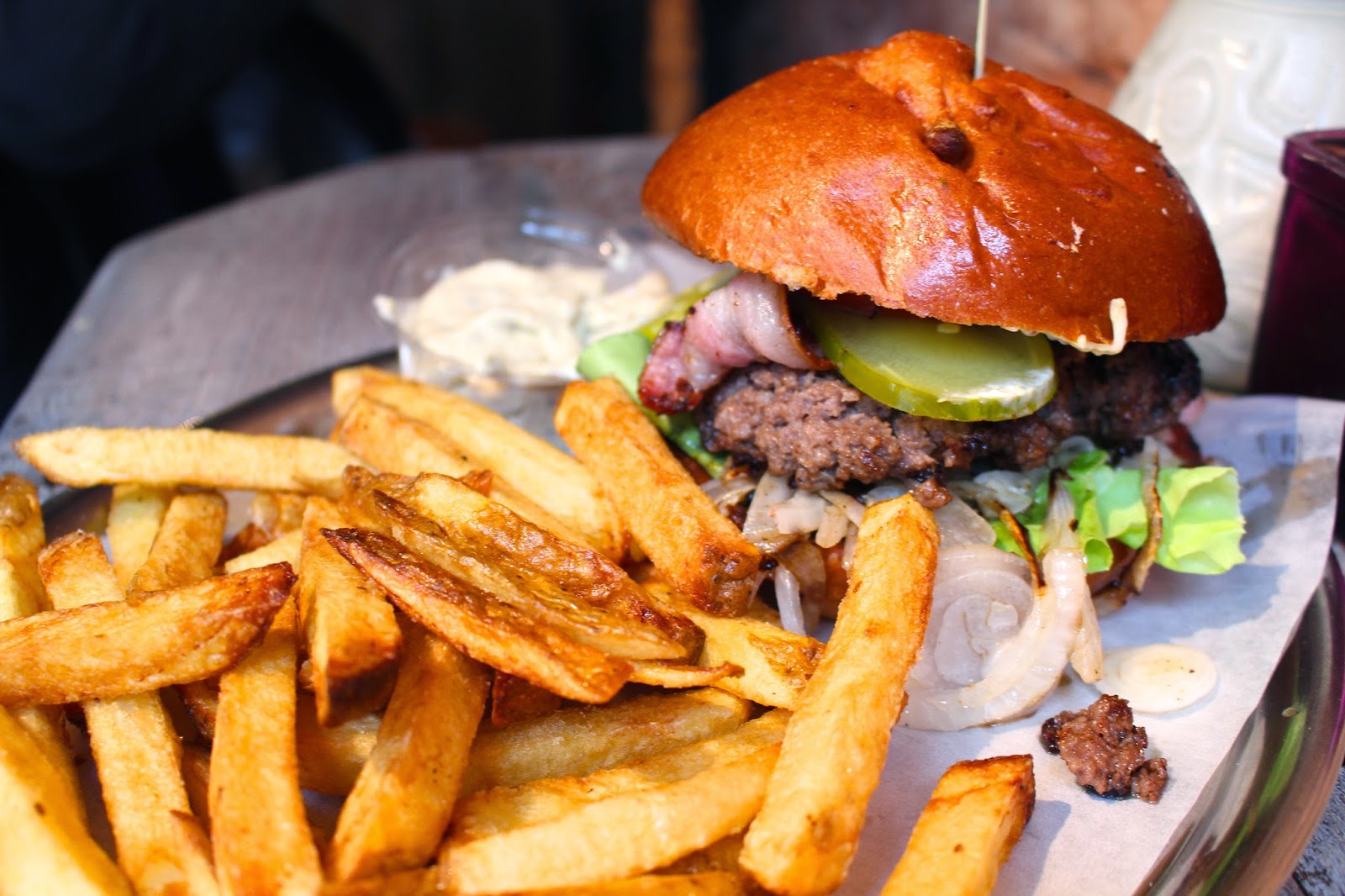 I don’t want to sound all negative, because the burger was actually REALLY tasty as well as the fries. I guess I’ve just become a bit critical after so much burger eating the last few years :) If you’re in Amsterdam and feel like having a good burger, then I can definitely recommend Burgerlijk. If I were you, I’d get some take-away burgers and fries, and enjoy them at home with your favourite sauces (Heinz ketchup!!)