*Sidenote* We're in the last week of November and I totally forgot to make last month's post, but I owe it to you and my stats tell me you like reading my monthly posts so here it is! *sidenote over* October was another great month. It was the first time in four years I've spent fall at home and I enjoyed it to the fullest. Since I was a little girl, I've loved collecting the prettiest leaves and decorating the house with all the autumn-y things I could find in the garden. Let's also not forget about some fall foods: pumpkin, roasted chestnuts, kale, and apples from the orchard. What's not to love? It seems like we've been treated with the most beautiful fall in years, which made October all the better. 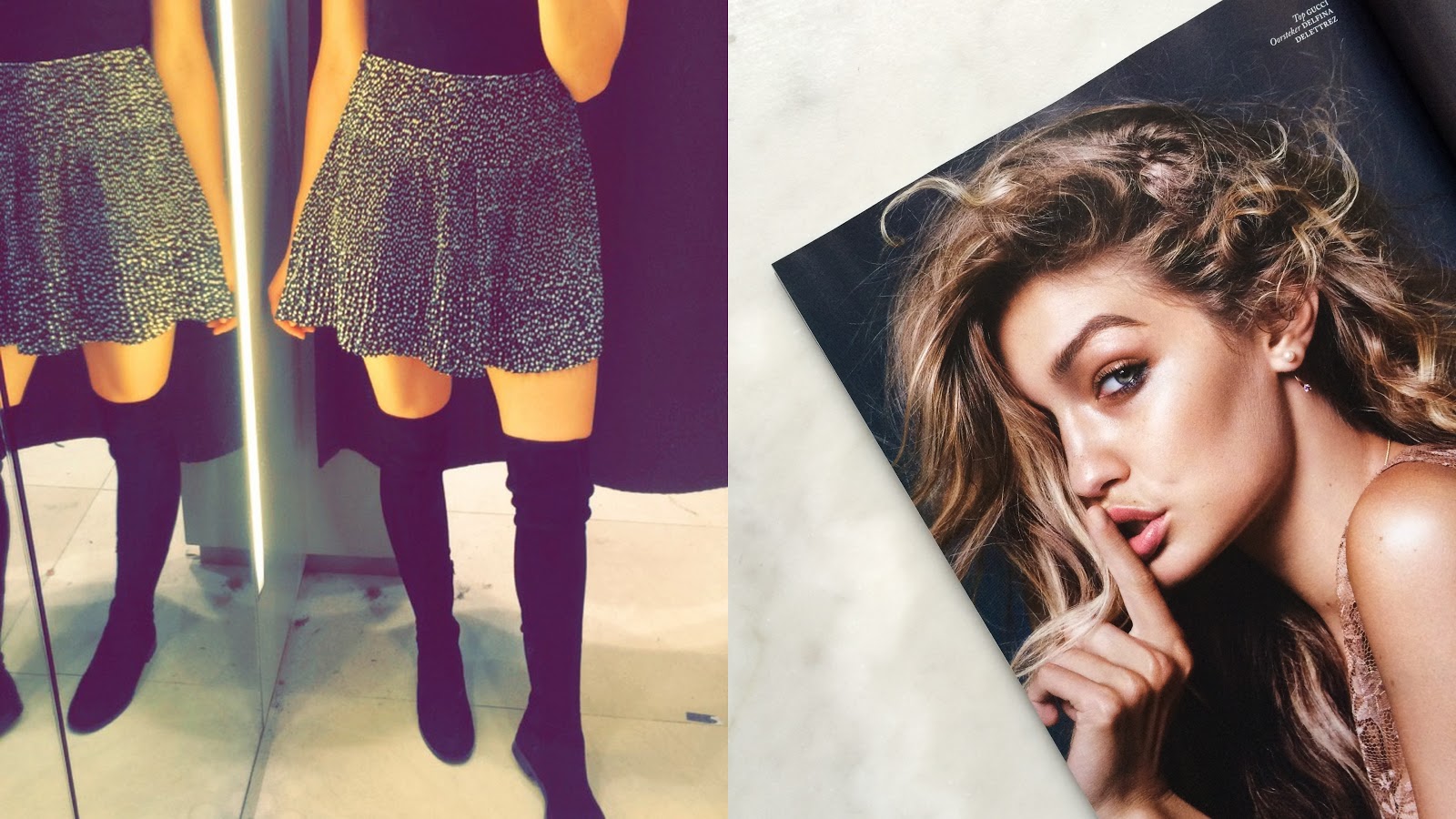 Got myself some new boots from & Other Stories, I had been looking for suede thigh boots forever so I was so happy when I found a pair which was a third of the price of similar Stuart Weitzman boots // this month's Vogue NL is one of my favourite issues so far, I LOVE Gigi, she's so beautiful! 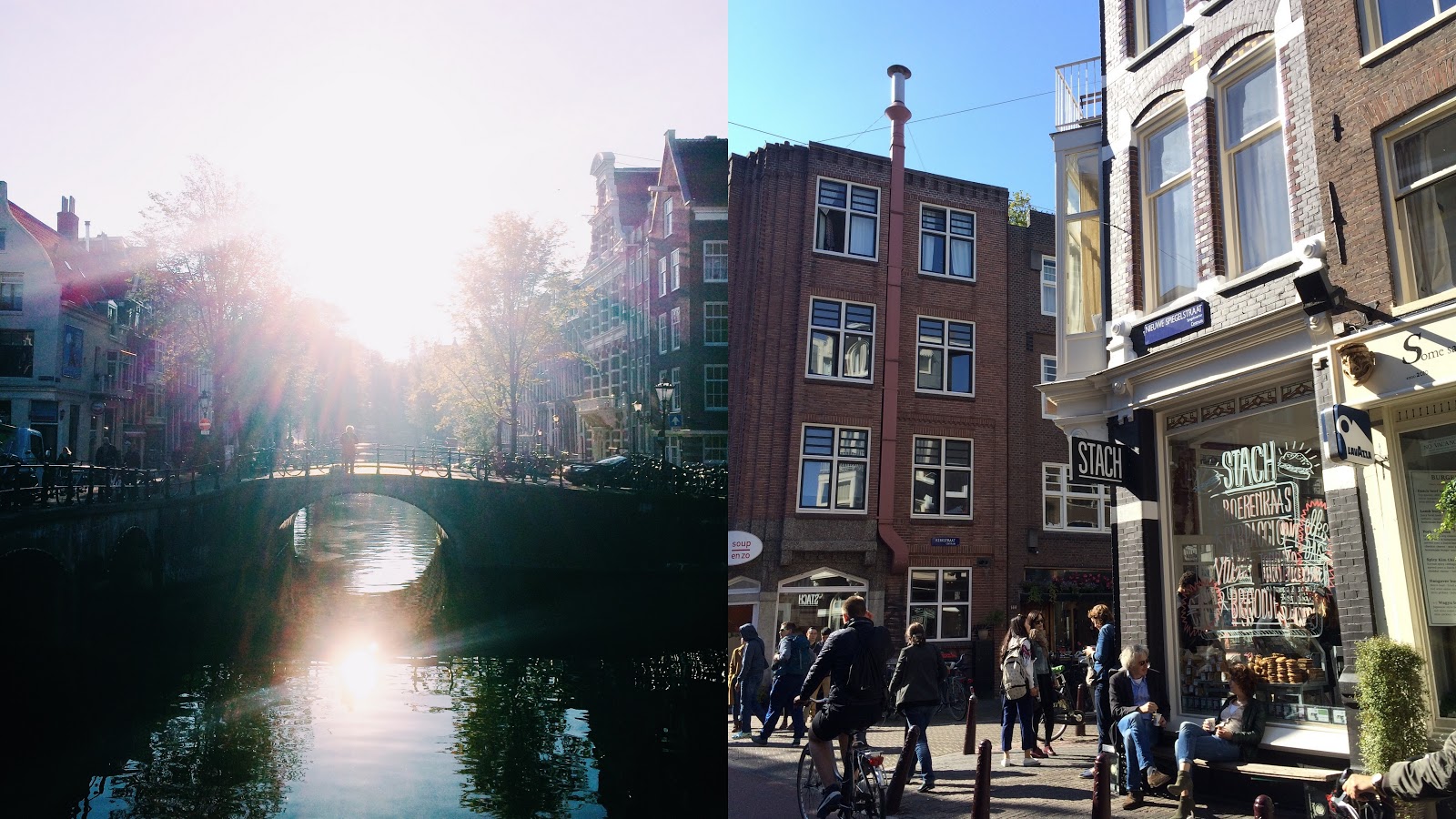 On October 1st, I went to Amsterdam for the day. Coming to this city always makes me so happy and reminiscent of my long summer spent here. // grabbed some lunch at Stach. They make fresh sandwiches so I got one with carpaccio, rocket and truffle mayo. So good I still dream about it. 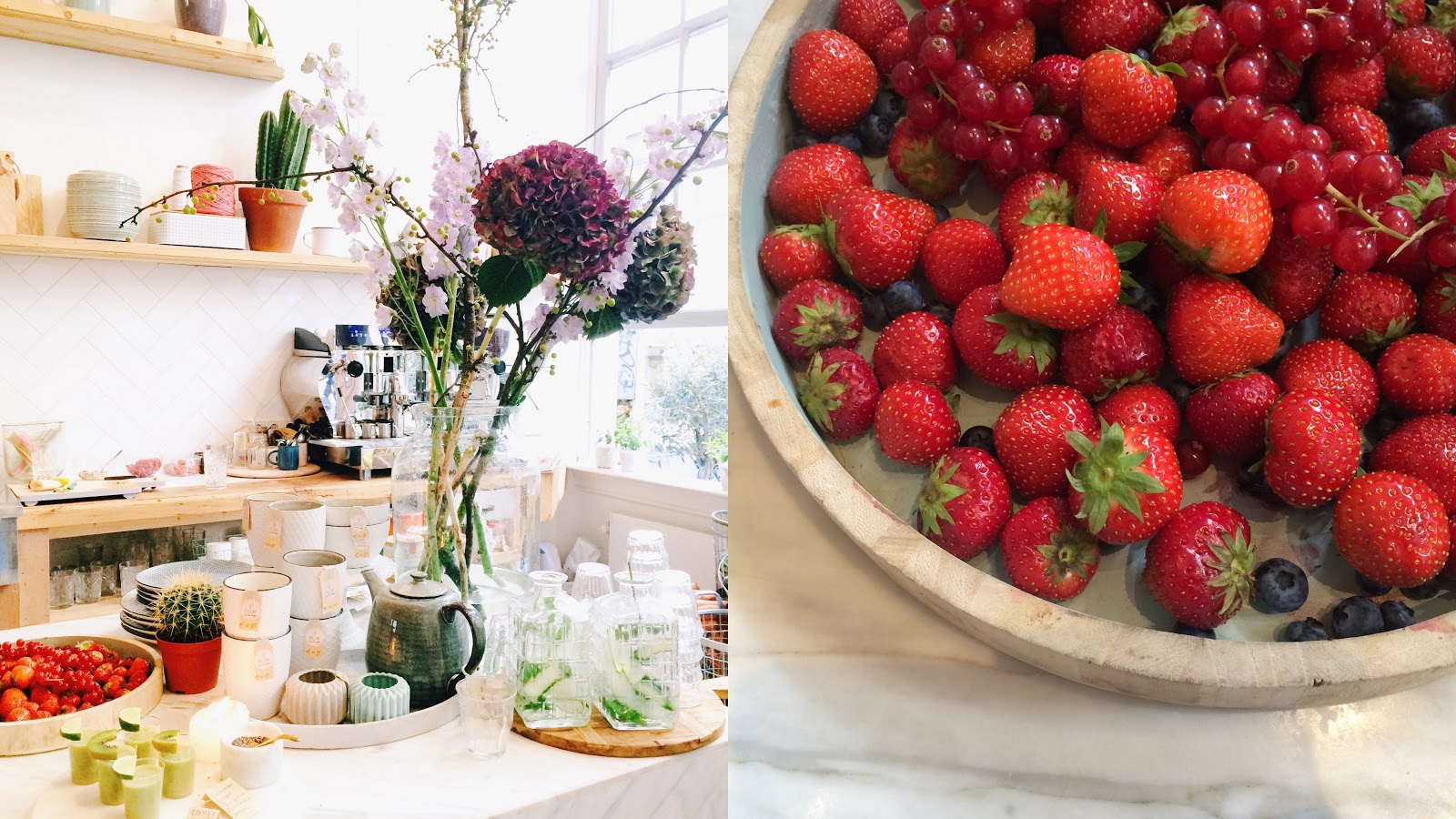 Coffee time at Pluk, the most Pinterest-Tumblr-worthy place in Amsterdam. You kind of want to eat and buy everything in there, but I went for a modest cappuccino with almond milk. 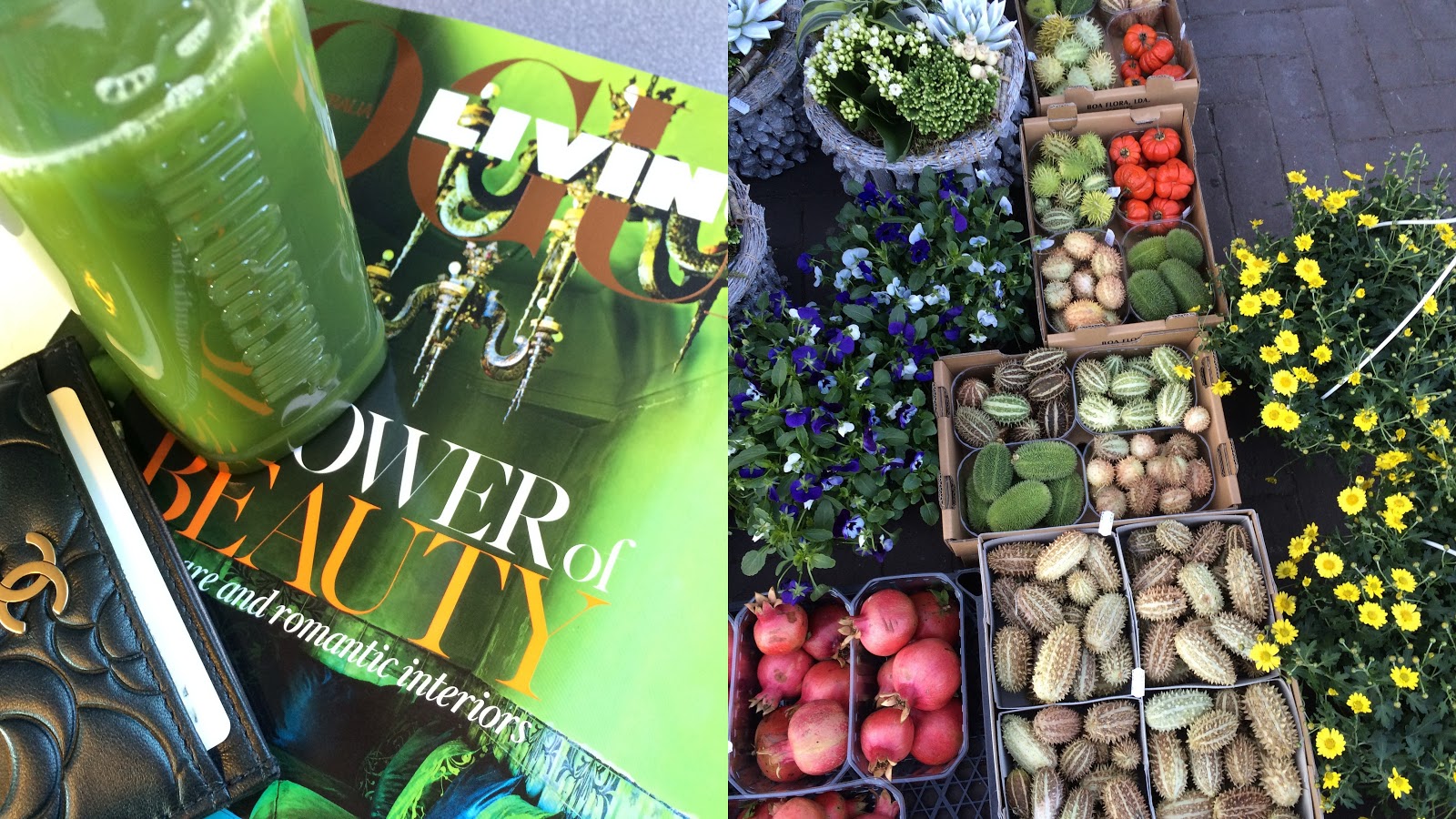 On my way back to Belgium, I read Vogue Living and sipped on a green juice from Juice Brothers. I also got an oatmeal cookie there which was amazing! Why is the food in Amsterdam a million times better than in Antwerp? Or is that just me? // there's a flower shop at the station where I get off and I'm always tempted to buy flowers here. Look at those cute cucumber-like fruits? Easy autumn table decoration:) 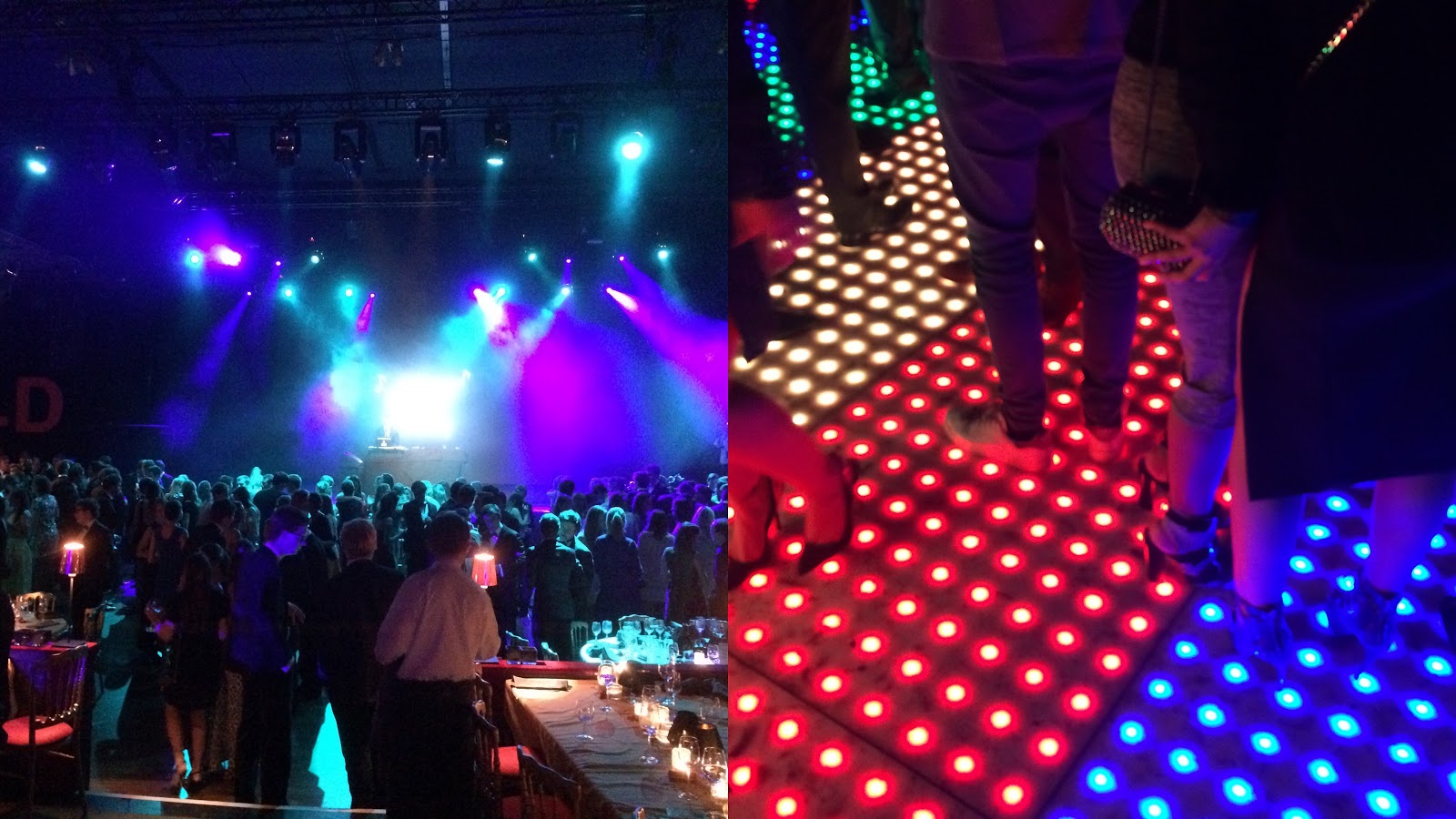 I don't party often at all, so when I had two big parties in one weekend I had the biggest fun dancing till my feet hurt. And I also felt it after because I had a massive cold for about two weeks. 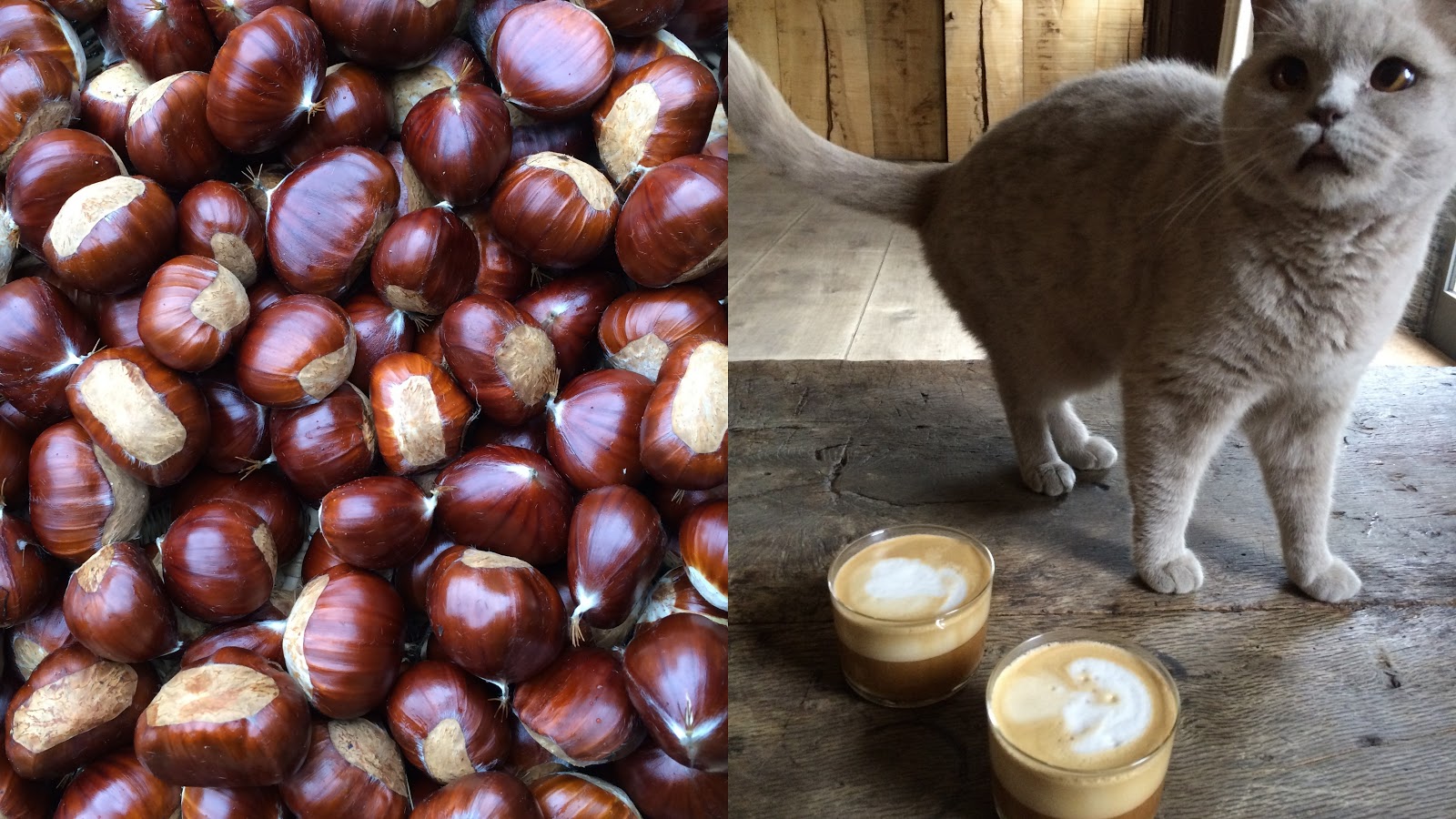 Picking up chestnuts! I collected hundreds so we can roast them over the fire during the next few weeks. I probably eat them every night now and I'm even craving them during the day! Strange fact about me: this is my favourite food in the world. // Our kitten Biba thought I made her a coffee;) she sometimes looks cross-eyed, it's kind of cute, no? 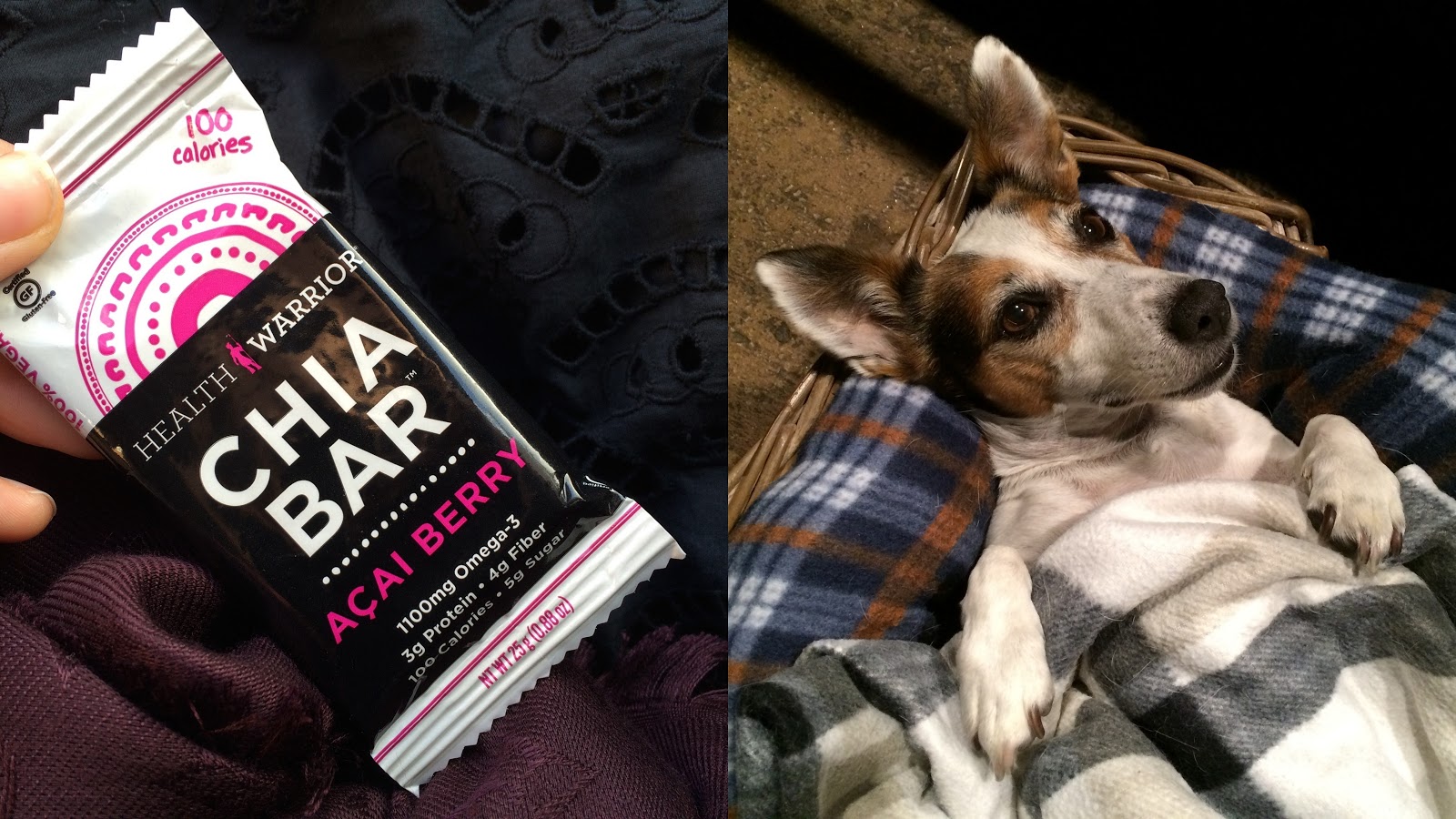 A friend brought me a few of these bars once and from the first bite I was addicted.. Unfortunately these are only available in the U.S. but I asked another friend to bring a few. Try this when you see it, it's delicious! // my dog Nocho pretty much sleeps all day. She's almost 11 but still looks like a puppy, cutie. 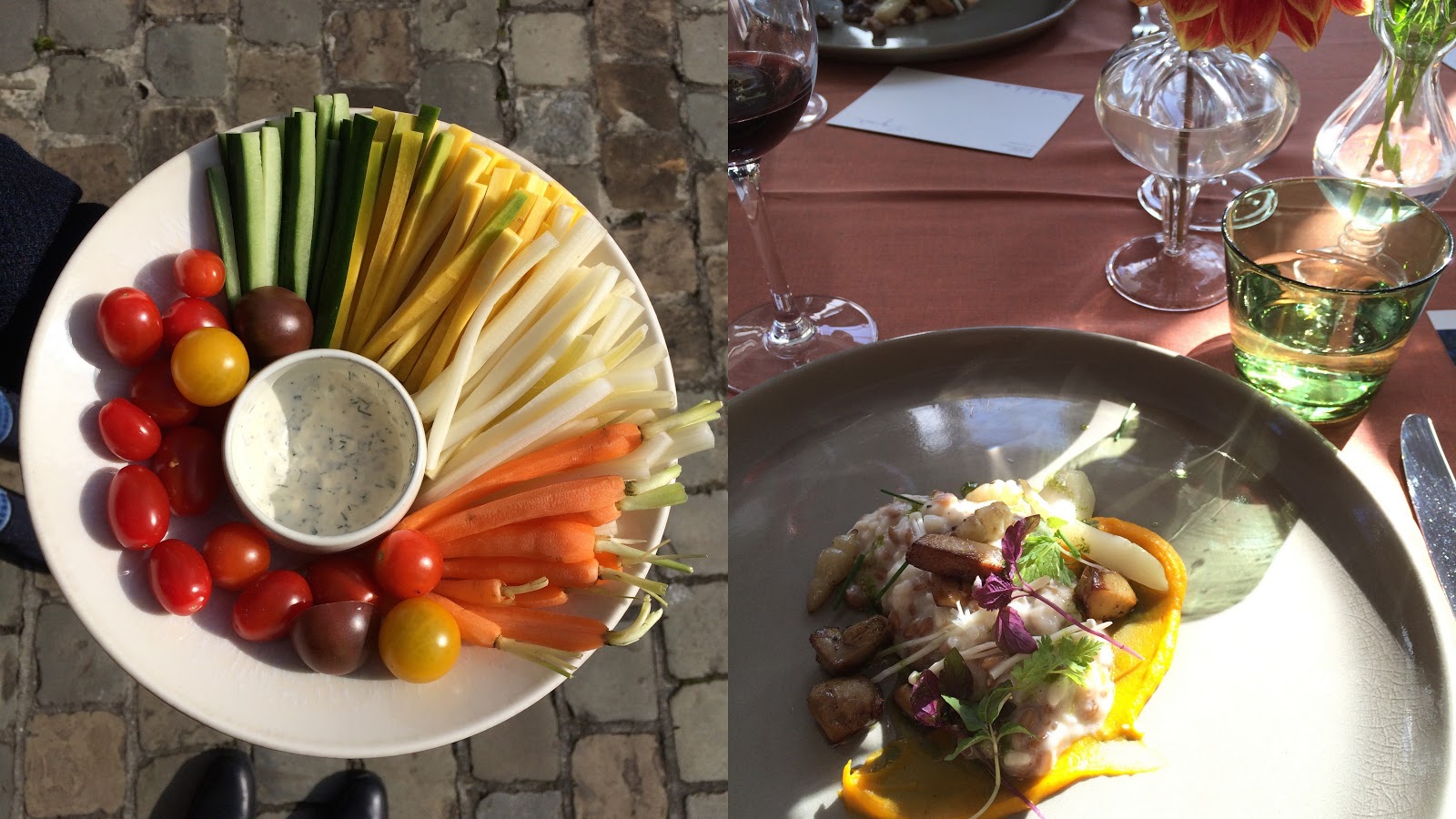 We were invited for a Sunday lunch which was completely vegetarian. My kind of lunch *hearteyes emoji* 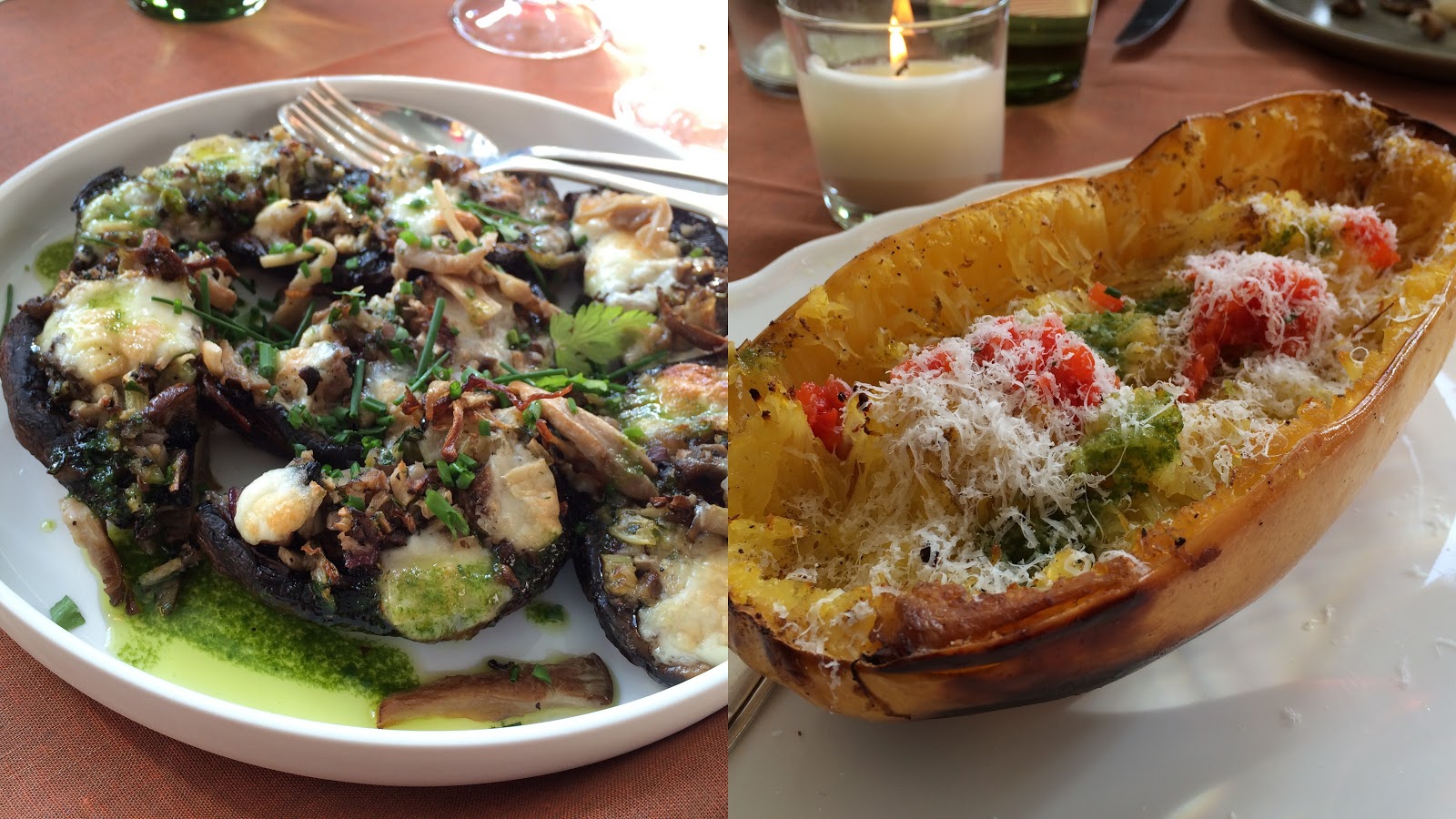 Part two of the lunch! Filled aubergine and spaghetti squash, the first time I ate it! It's so good and such an easy thing to make. Too bad it's hard to get your hands on.. // This lunch was prepared by Karolien from De Pommerie, by far one of the best chefs I know. Every time I eat her food it's simply amazing. Big tip if you're looking for good catering in Belgium! 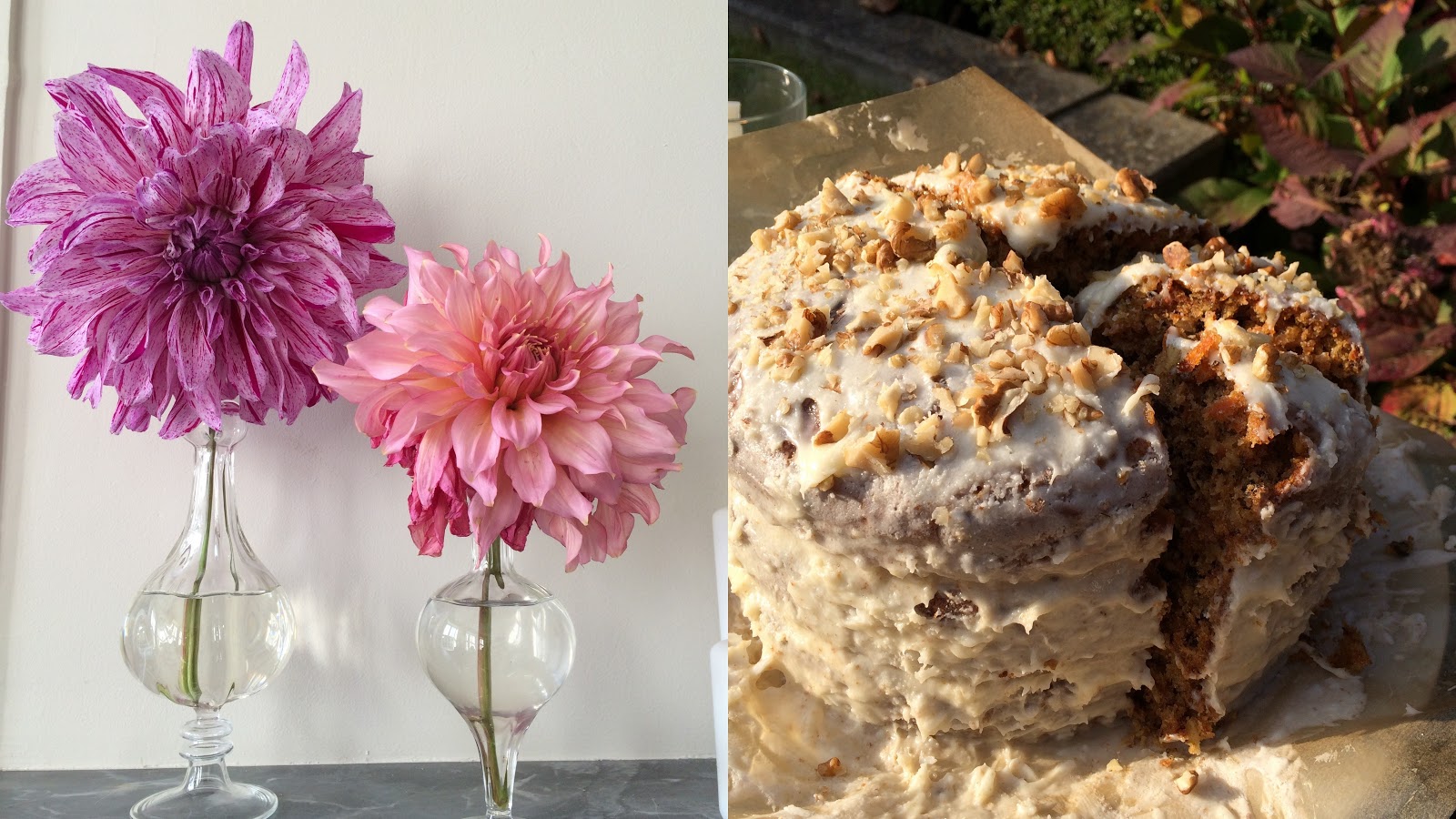 I feel like Dahlia's were the it flowers this autumn. I saw them literally everywhere, in every colour imaginable. I never really paid attention to these flowers but all I want now is to grow a huge Dahlia collection in the garden next year. They are the type of flowers that are beautiful on their own and don't necessarily need to be in a bouquet. // I ate the most epic carrot cake I've ever seen/tasted. SO good! 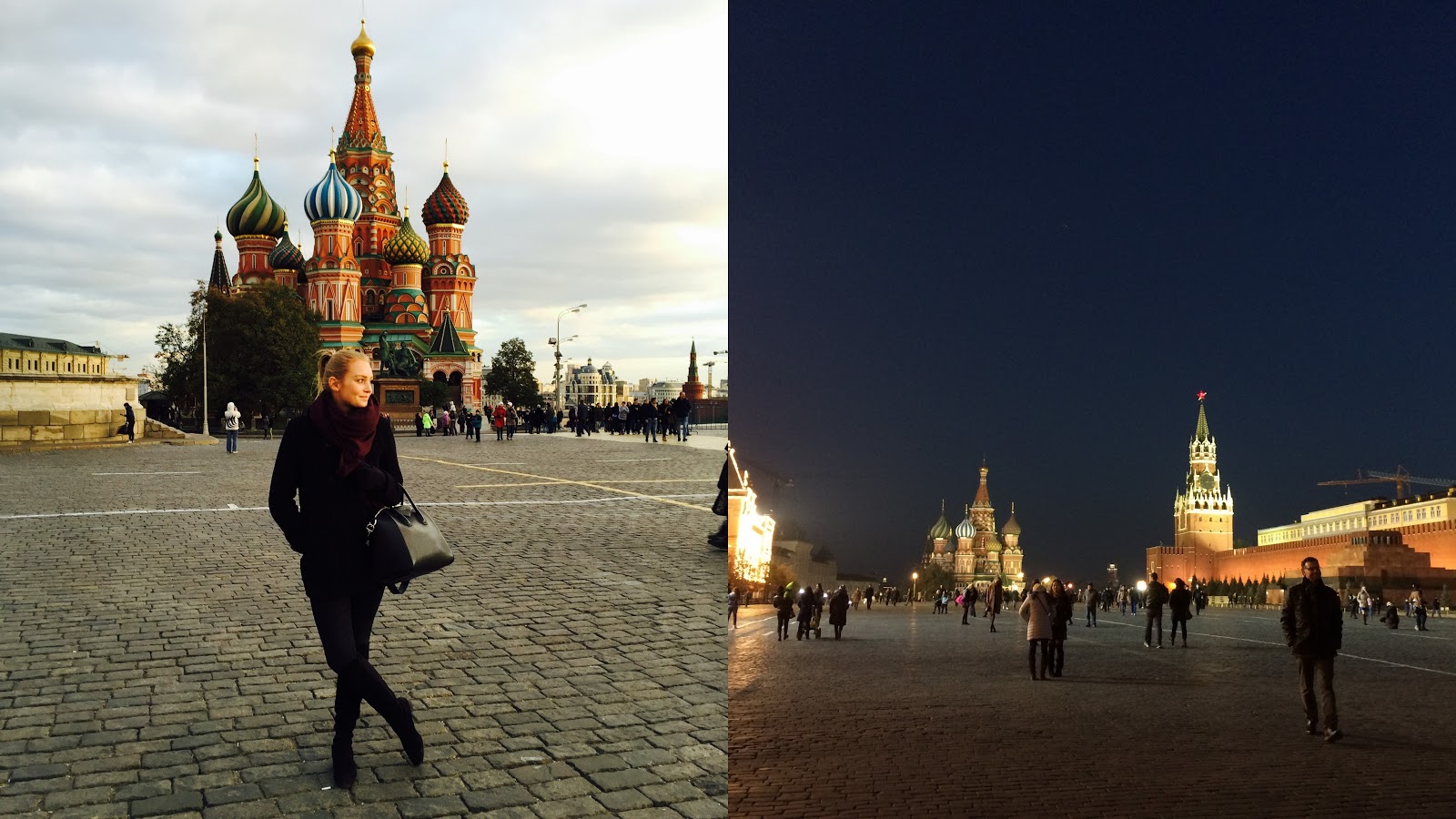 I flew to Moscow for a few days. I had been there 8 years ago and fell in love with this special city, so I was super excited to go back. It has changed a lot and I love it even more now! I will soon share some good spots in Moscow with you:) 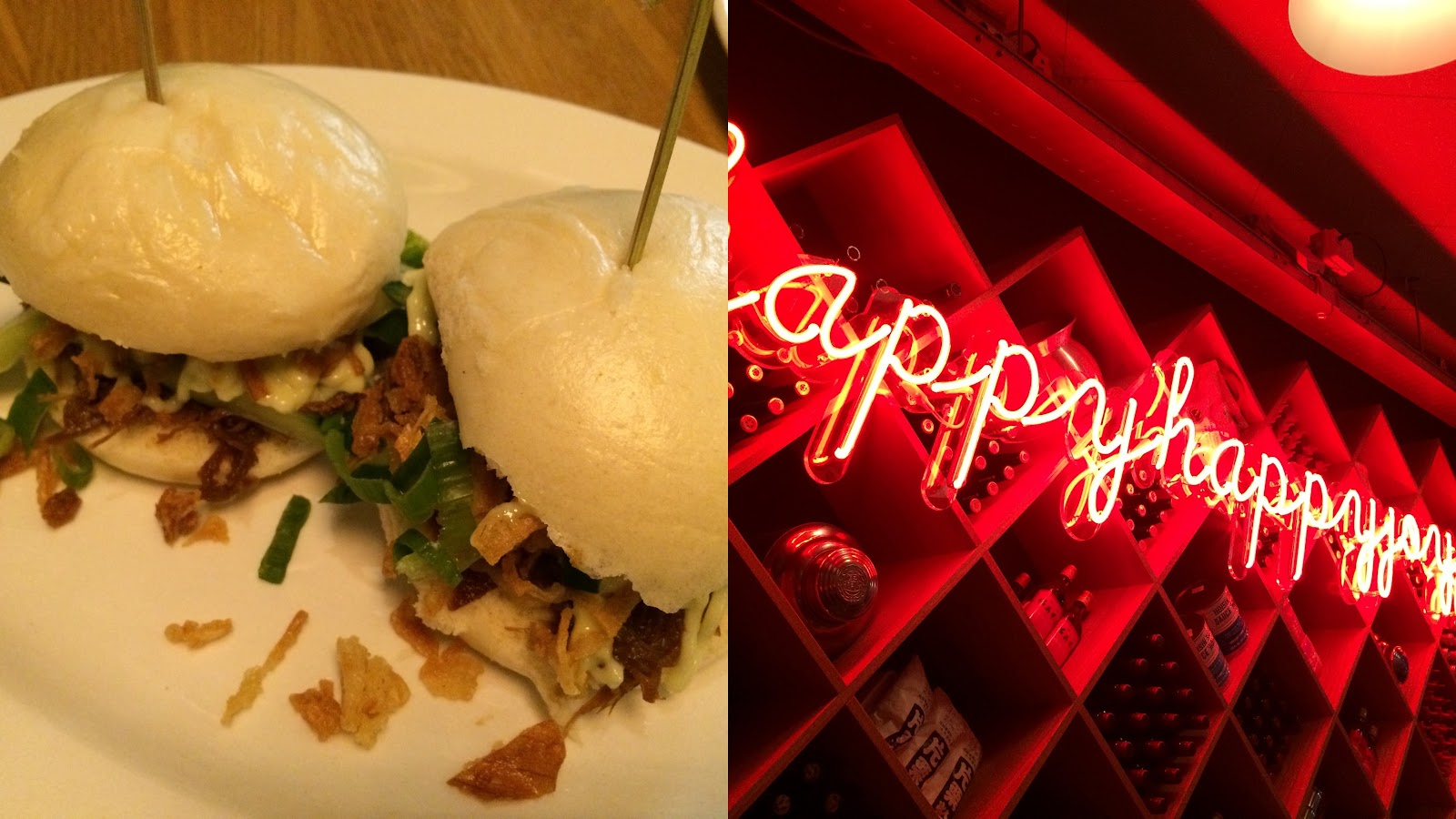 From Moscow straight to Amsterdam for the Martin Garrix show at the Amsterdam Dance Event. Back in my beloved Amsterdam, how I love this city! We had dinner at Happyhappyjoyjoy which was delicious. I highly recommend the duck bao's. 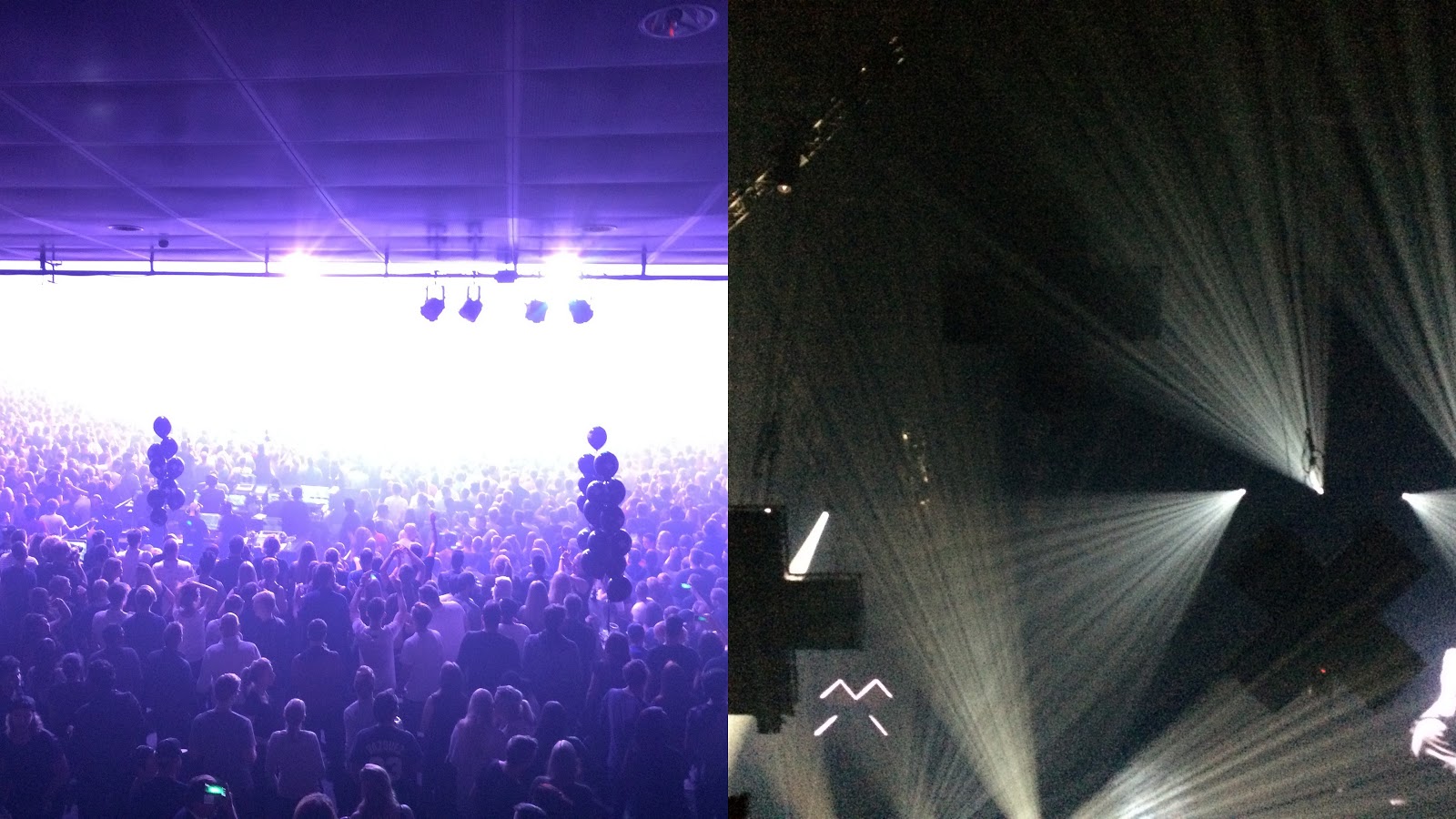 Martin Garrix was awesome and we got surprised with guest performances by Tiësto, Afrojack, Dimitri Vegas, Like Mike and Nicky Romero. We danced and jumped until 5 am and then I headed back to The Hague with the lovely sisters Annemerel and Roosmarijn. 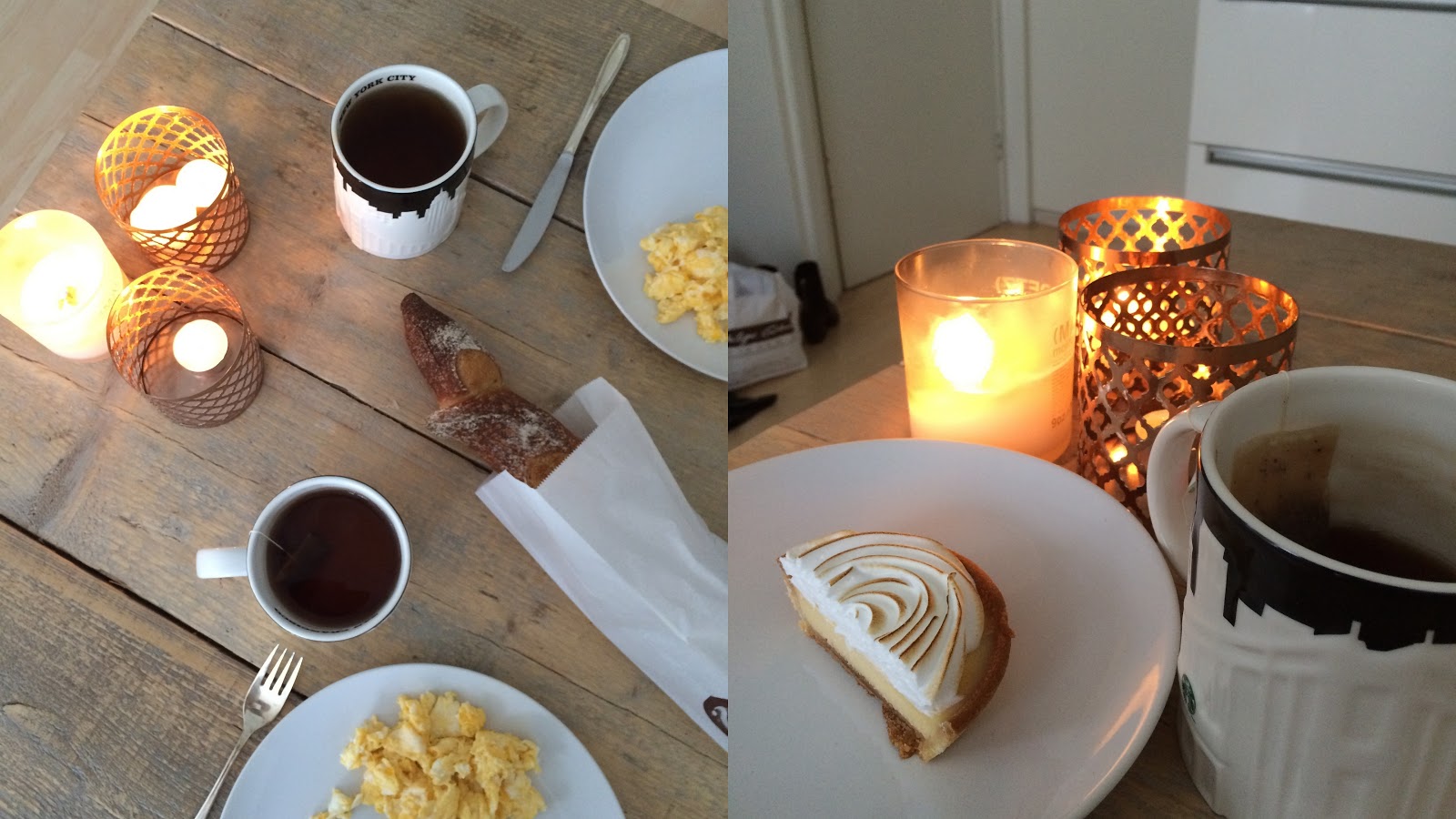 After a short night, I wake up in Annemerel's super comfy couch/bed. She turns out to be the best host and goes out to get bread and makes breakfast while I take a shower. // After breakfast we share her favourite lemon merengue pie and I'm sold, SO GOOD. 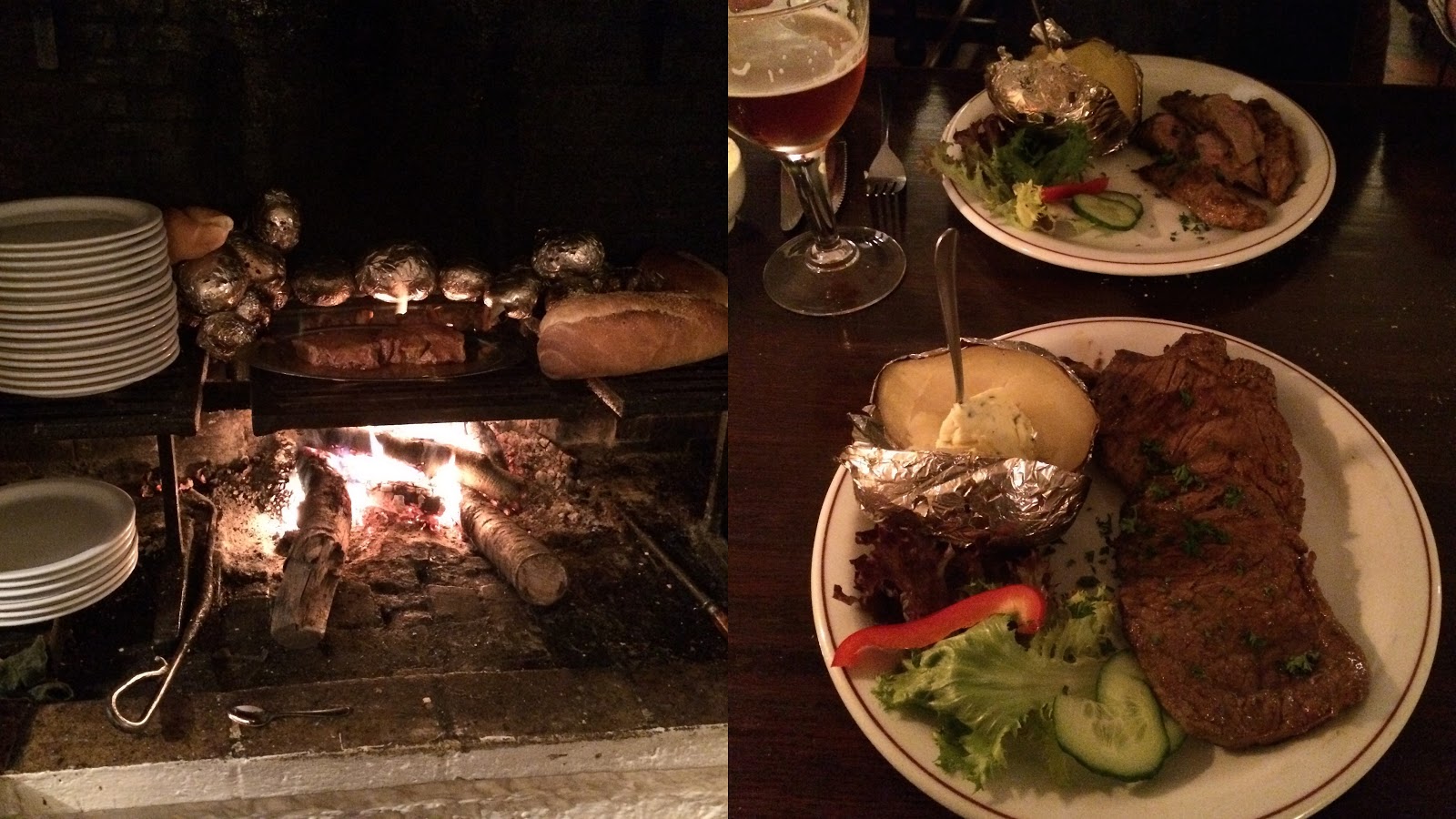 My brother and I decide went to the cinema to watch The Martian (it was quite good), but before that we go for dinner at Estro Armonico, a little hidden place in Antwerp. At this restaurant they make everything on the fireplace. We had grilled steak and the softest jacket potatoes with herb butter. The best part is the bread though. I swear this bread is the best bread I've ever had at a restaurant. 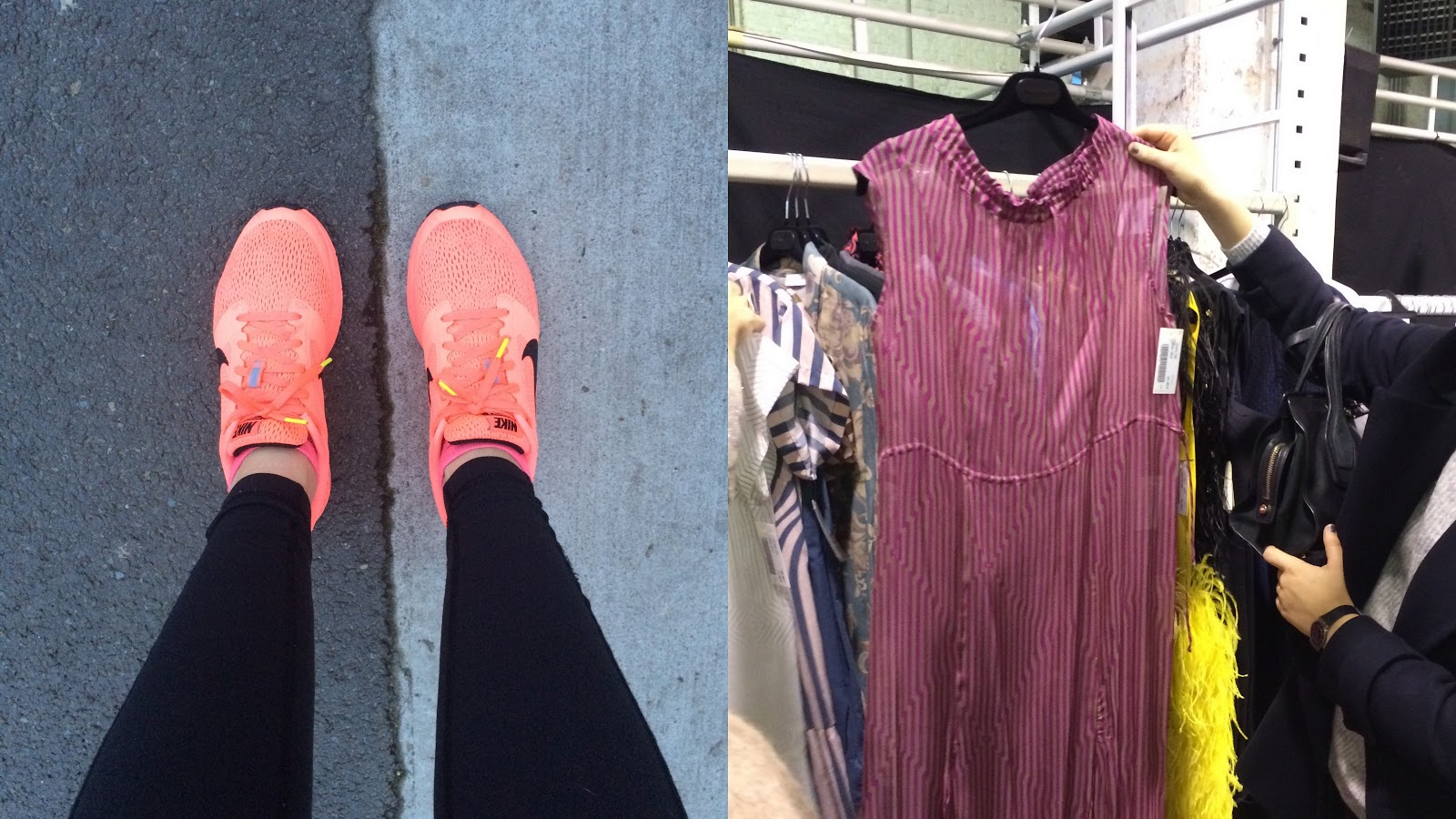 Time for a run! I really pushed myself and ran a fast 10k. I did it again the week after but after that run I got injured and now we're a month later and I'm still injured... damn I really need to take it easier when I go running :( // my sis and I went to the pre-sale of the Dries Van Noten sample sale and found some really cool items. It's always super hectic but it's so worth it, it's the best sample sale I know. 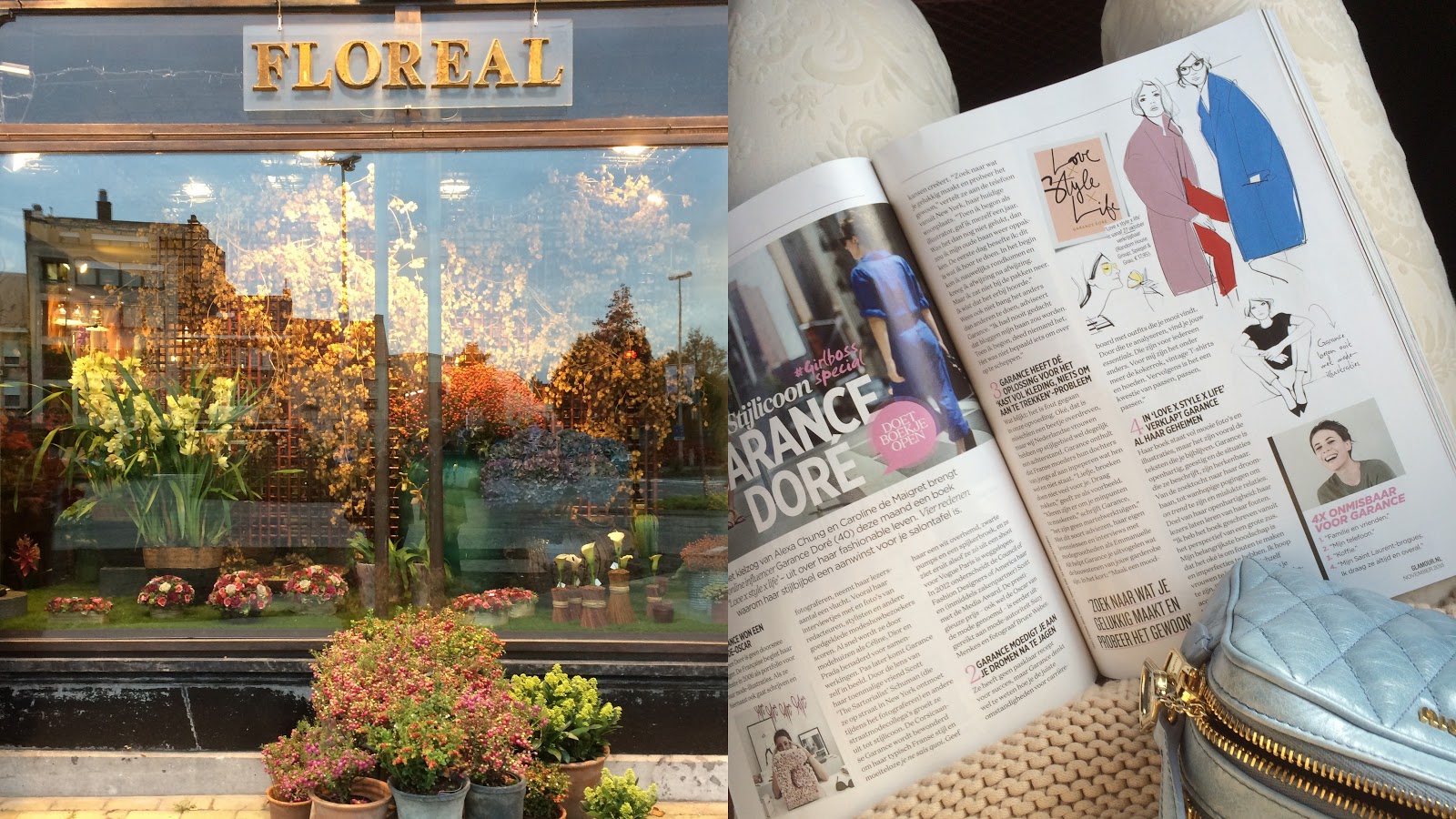 Visited Daniel Ost's flower shop in Sint-Niklaas. He is one of the world's best florists so it was really cool to see his shop. They have incredible flowers here and really special ones too that I've never seen before // reading Glamour in the car; went for an all-pastel-cream outfit, very unusual for me but I liked it 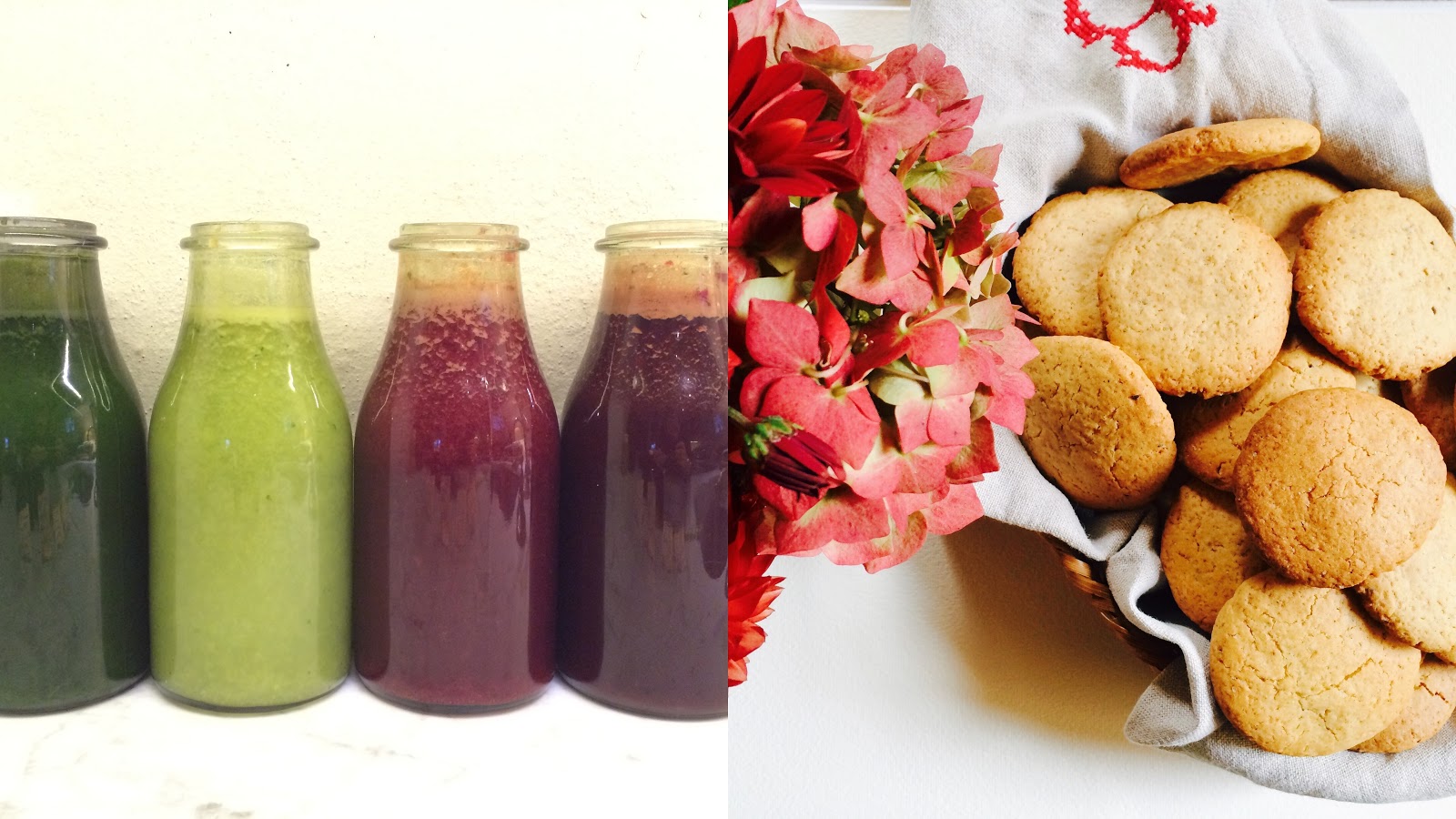 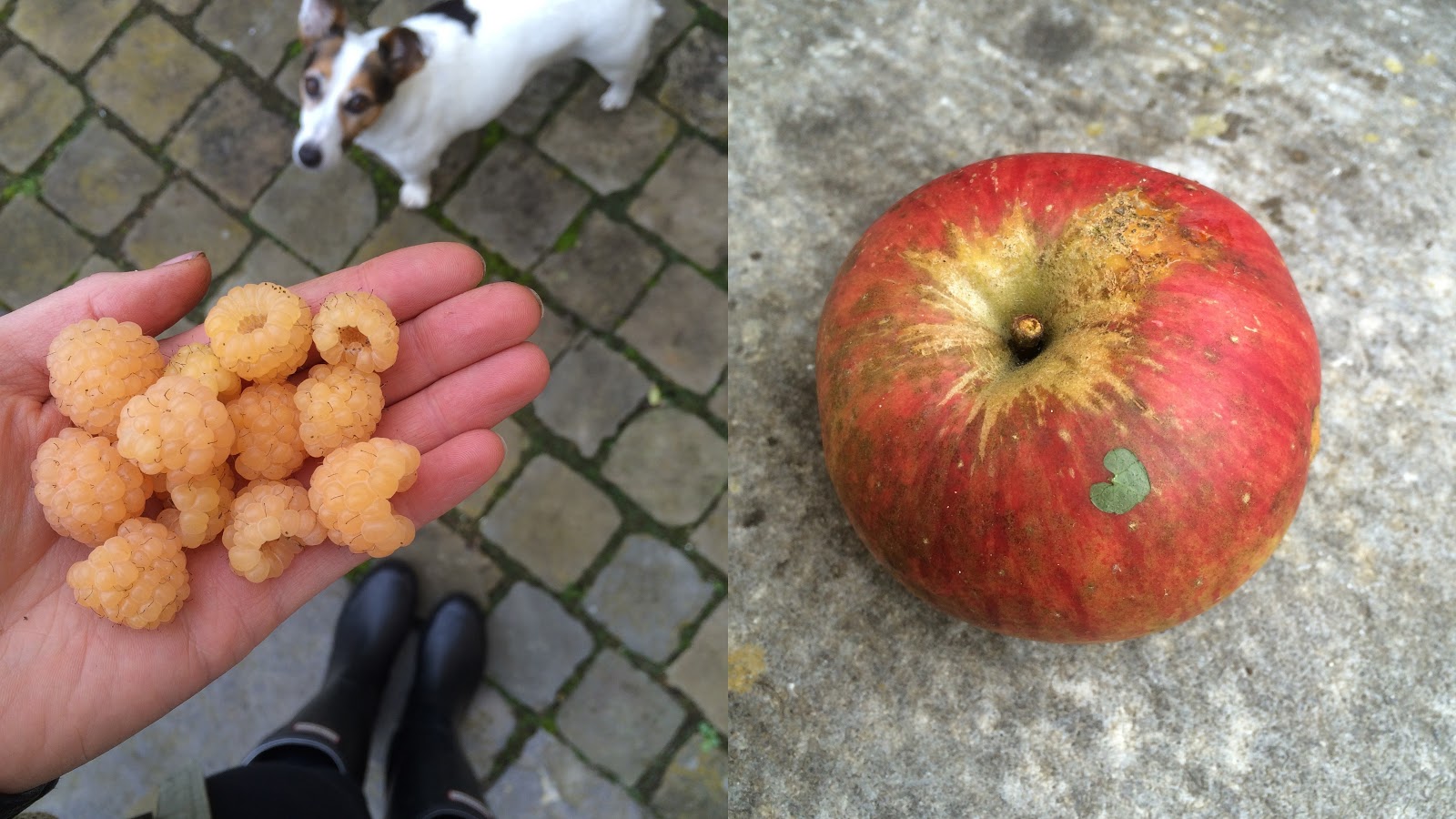 We barely had any raspberries all summer and now all of the sudden there are plenty.. a little late! These yellow raspberries are so good but you can hardly find them in shops // while picking apples I spotted this one with a little heart on it, how cute?! 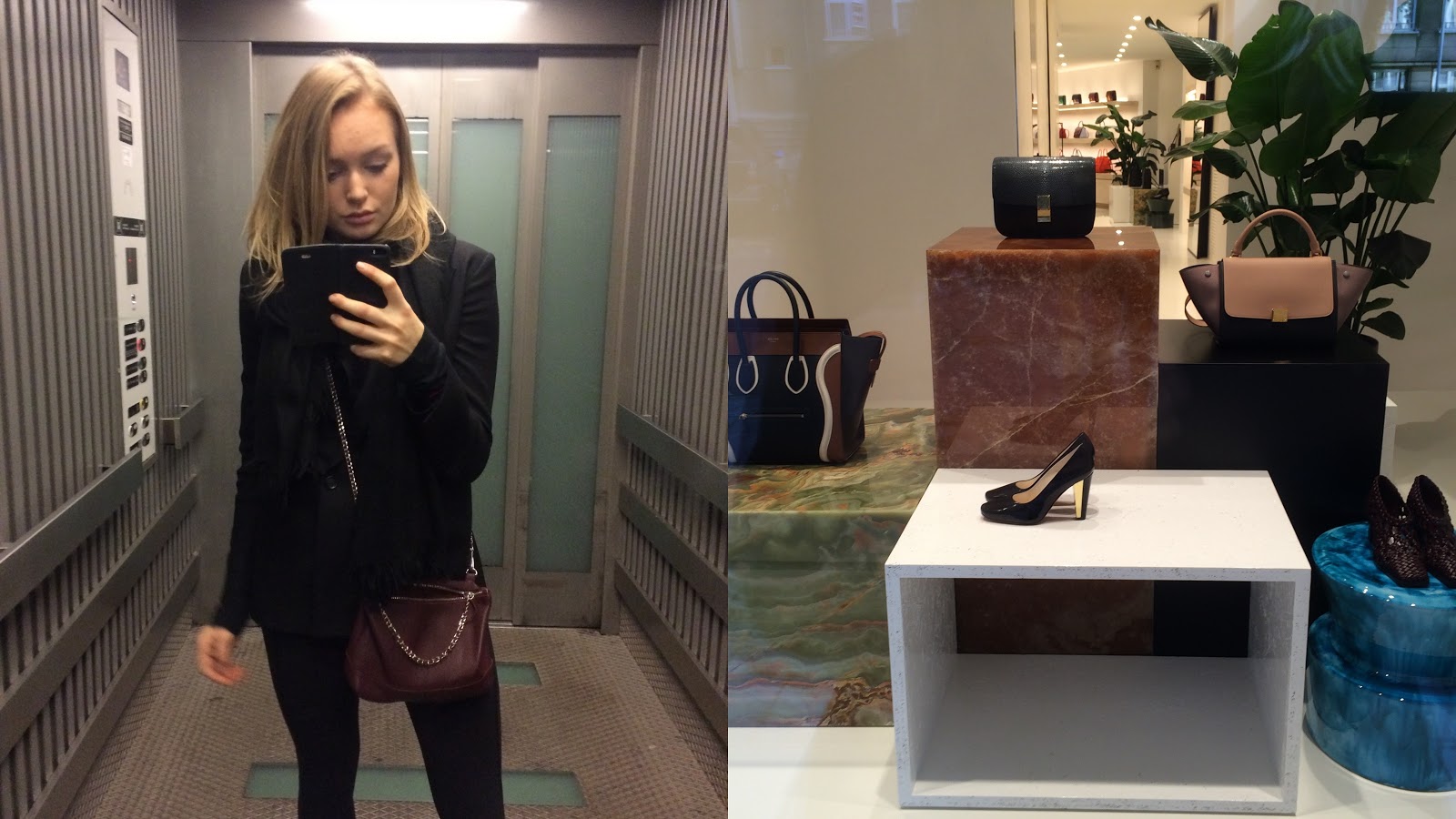 I kind of miss my elevator selfies from when I lived in a flat in London/Munich, sounds weird but for some reason it's the only kind of selfie I like to take ;) here's another all-black outfit pic before work // Houben in Antwerp always has the best selection of Céline bags, this is also where I got my nano. 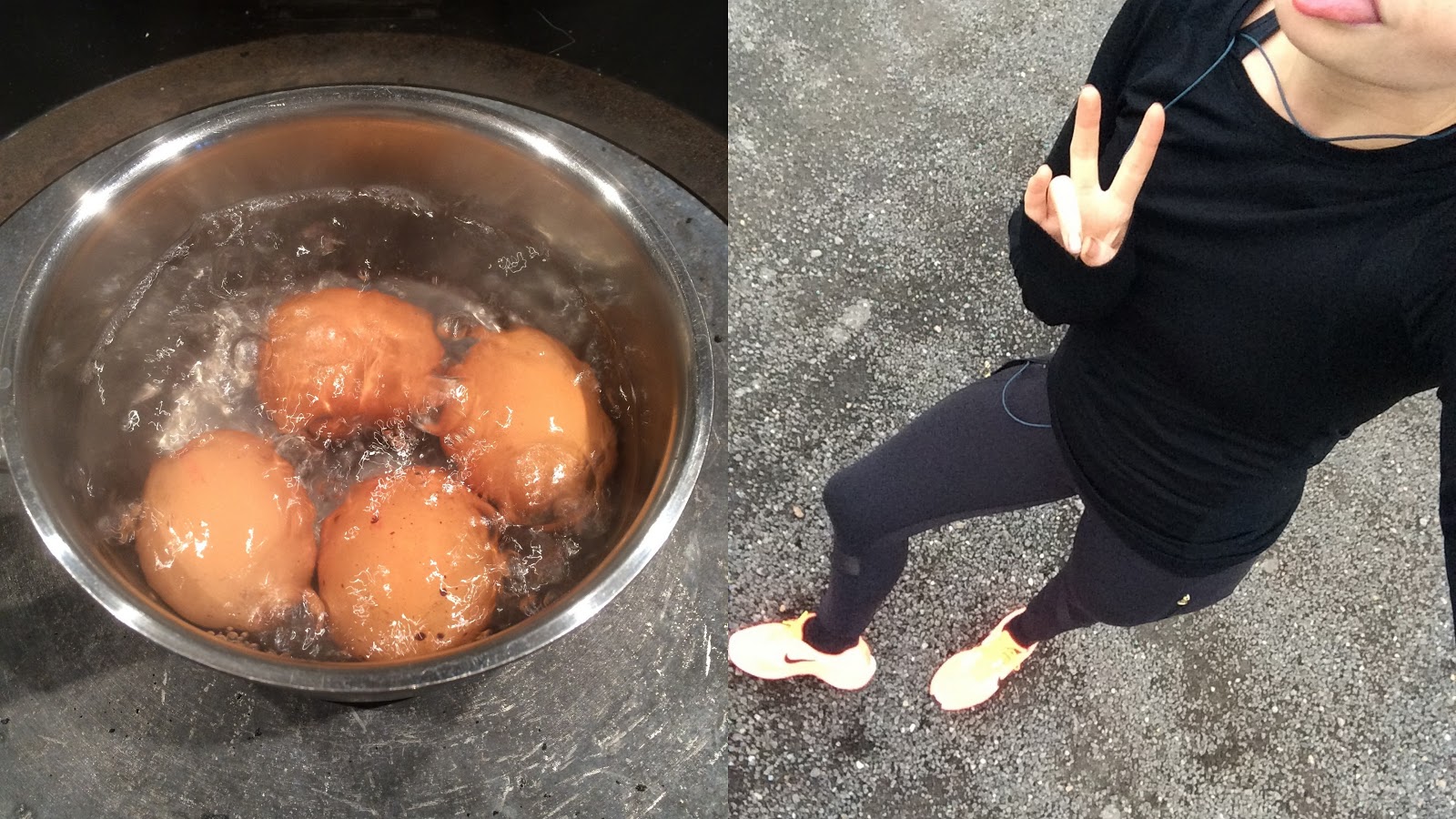 Boiling some eggs on a Sunday, I love having a big brunch with the whole family since during the week we're all having breakfast at different times in the morning (I'm usually the last one but shhh!) // the run after which I got injured, I should have known better! I ran faster than during a 10km race but I'm now paying for it. Any tips for an infected tendon? 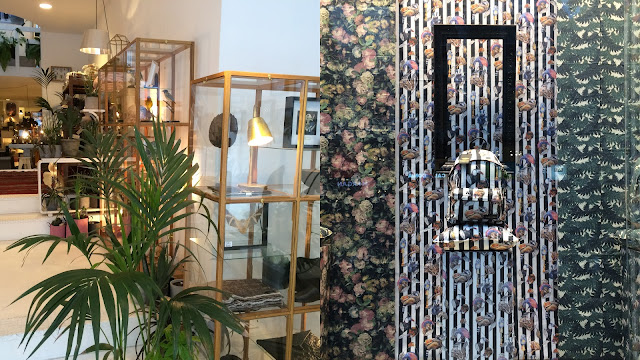 Although I grew up near Antwerp, I'm kind of unfamiliar with it. I wouldn't be able to tell you about all the hidden gems in this city, so now I try to make an effort to discover them. The Recollection is the kind of shop where you could spend hours (+ spend your month's salary too), everything they have is beautiful. I bought my mom an Aesop hand cream and a lovely scented candle for my sister, it's the perfect place to find gifts apparently! // I spotted the Eastpack and House of Hackney collaboration. If I would still be in school this would definitely be my school backpack. 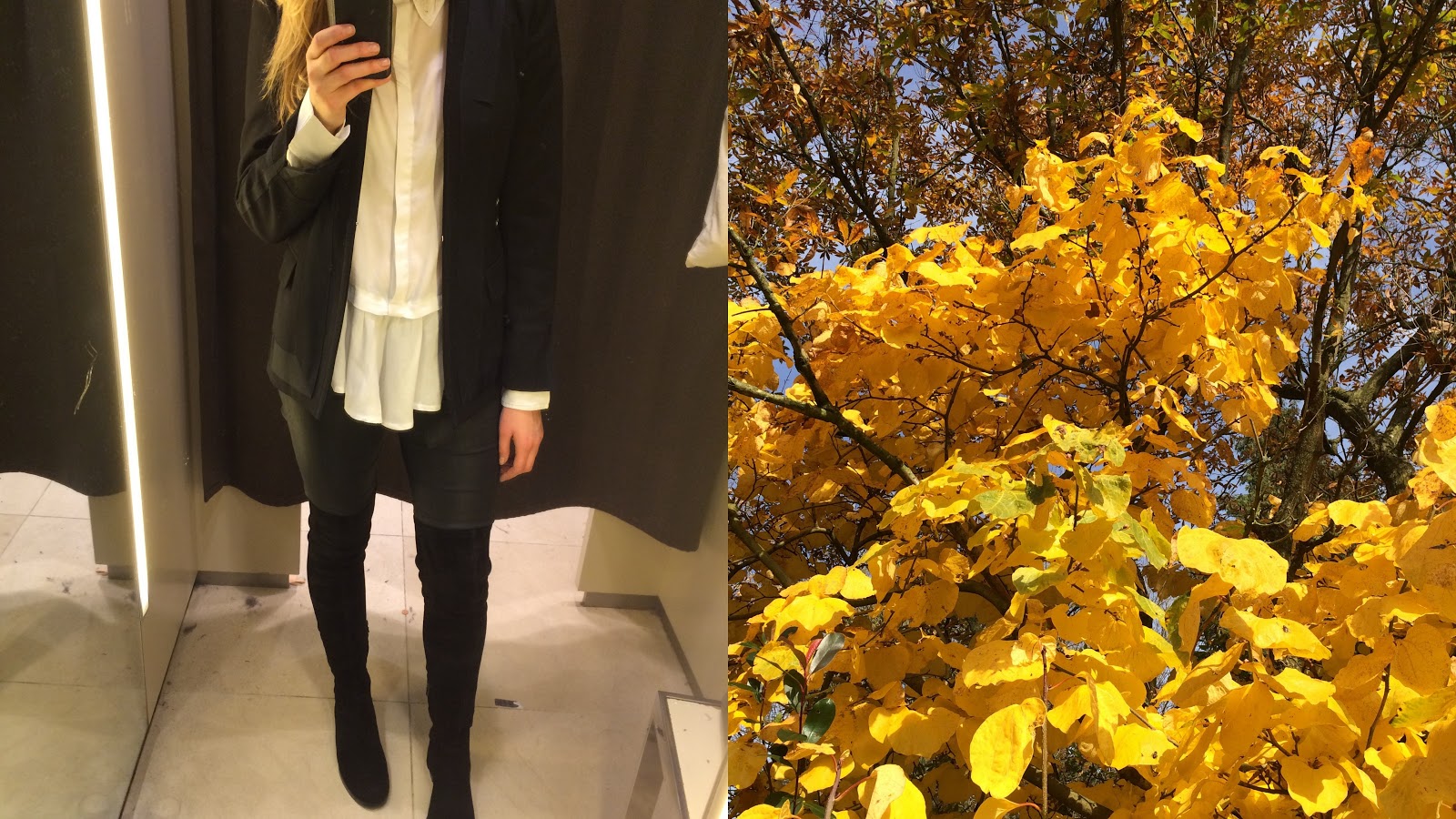 Another work outfit; boots from & Other Stories, shirt borrowed from my sister, jacket from Dries Van Noten (got this one in the sample sale) // autumn scenery, I don't think I've ever enjoyed fall as much as this year 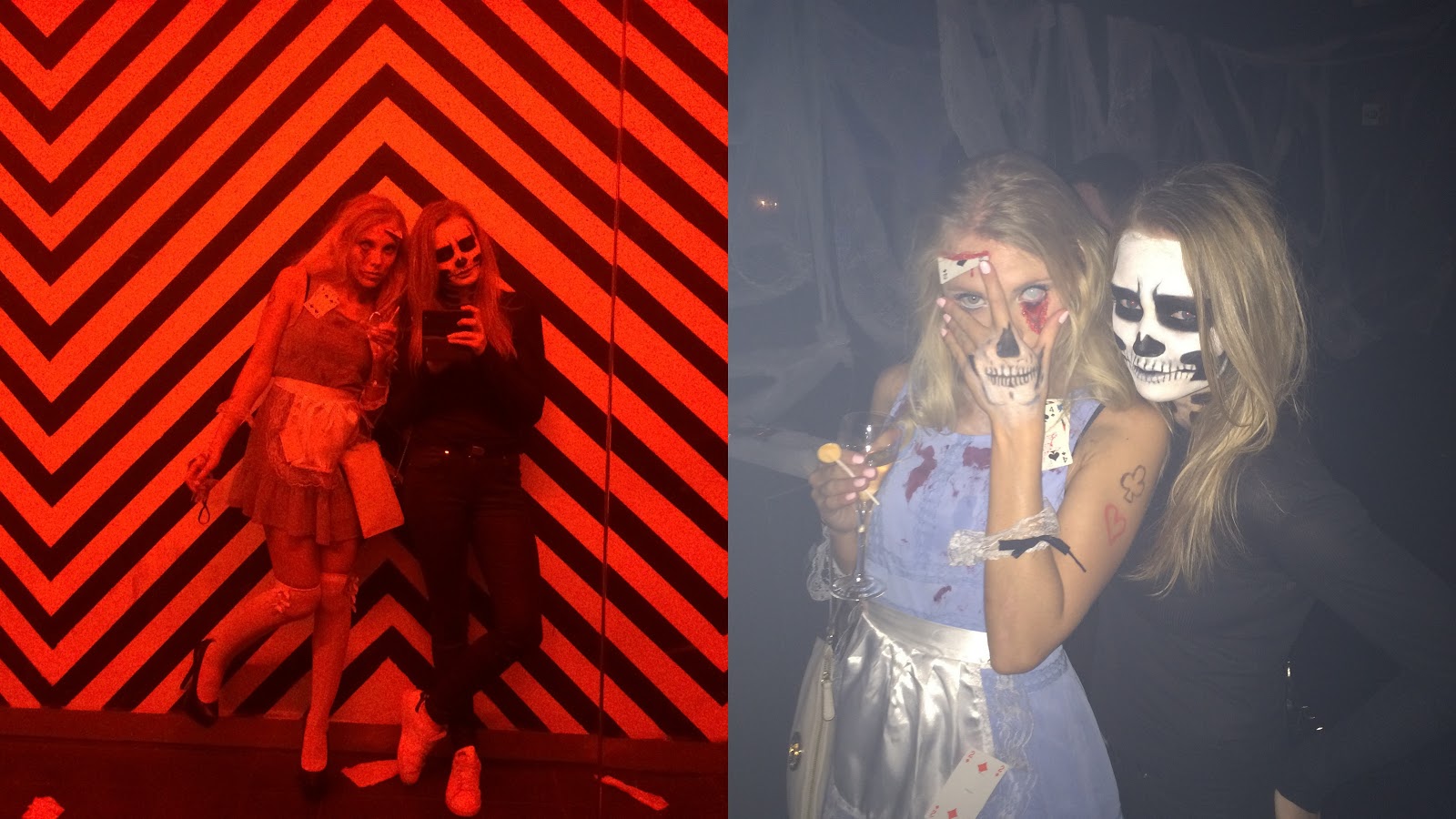 Ended October with a good Halloween party of course. My friend and I went all-out and spent hours creating our looks. She's the most creative and artistic people I know so she had the best look of the night and helped me with my skull face as well, what do you think?

Again I'm so sorry for putting up this post ridiculously late in the month, I promise I'll put up November's post as soon as December starts! I'm looking forward to Christmas already, you too?