I had never really heard about Empire Diner before, so when we randomly went here after Sleep No More for a late night "snack", I had absolutely no idea what to expect. Empire Diner only opened in April this year, so it's no wonder that I hadn't heard about it. But now I'm here to spread the word because this is without a doubt New York's finest diner. It's not your typical American diner where everything on the menu is fried, instead, it offers a modern take on American classics. 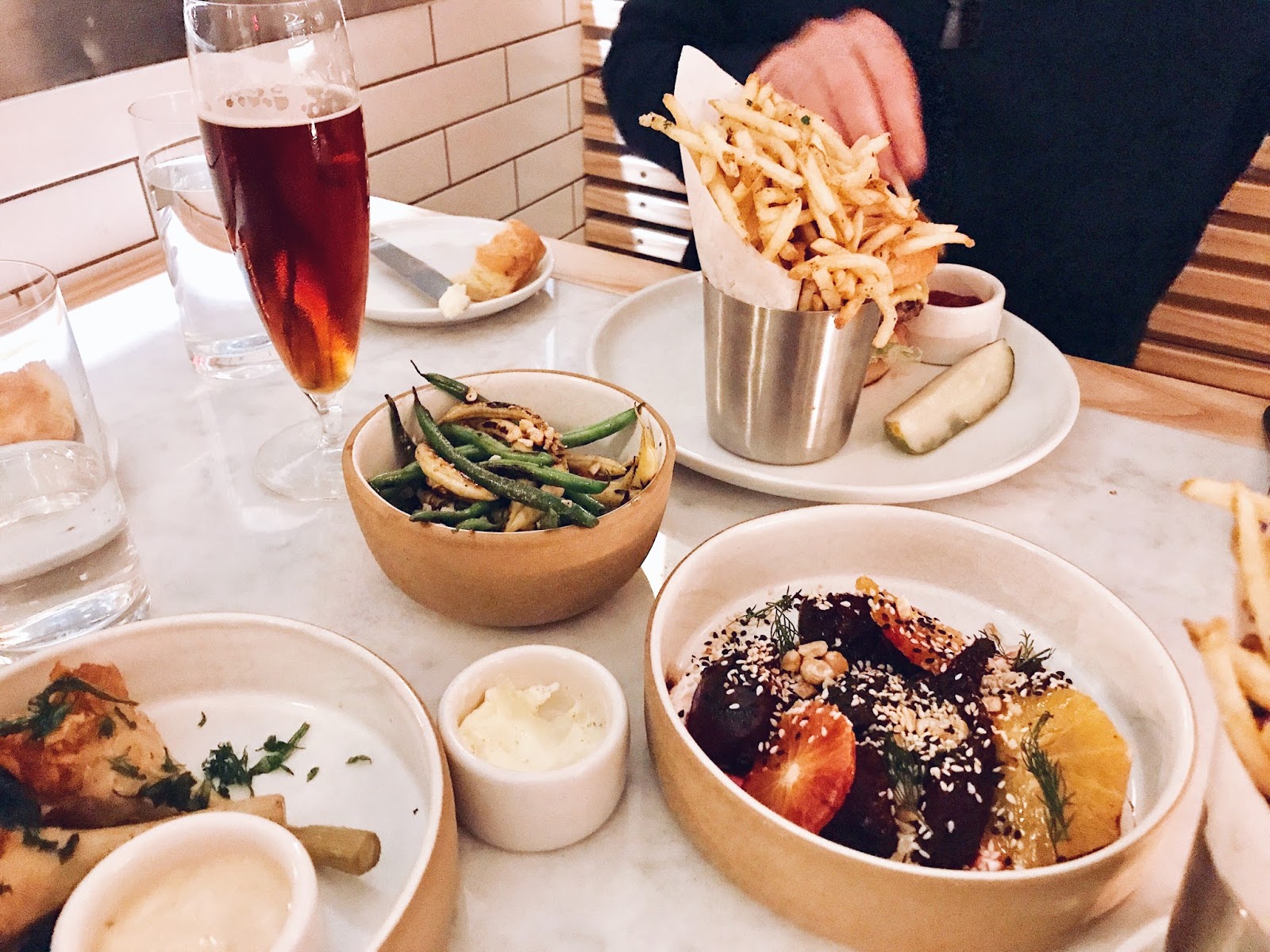 The exterior of the diner is very old school. It's actually one of the city's oldest freestanding Art Deco diners, and the owners tried to respect this by keeping the outside in its original state. 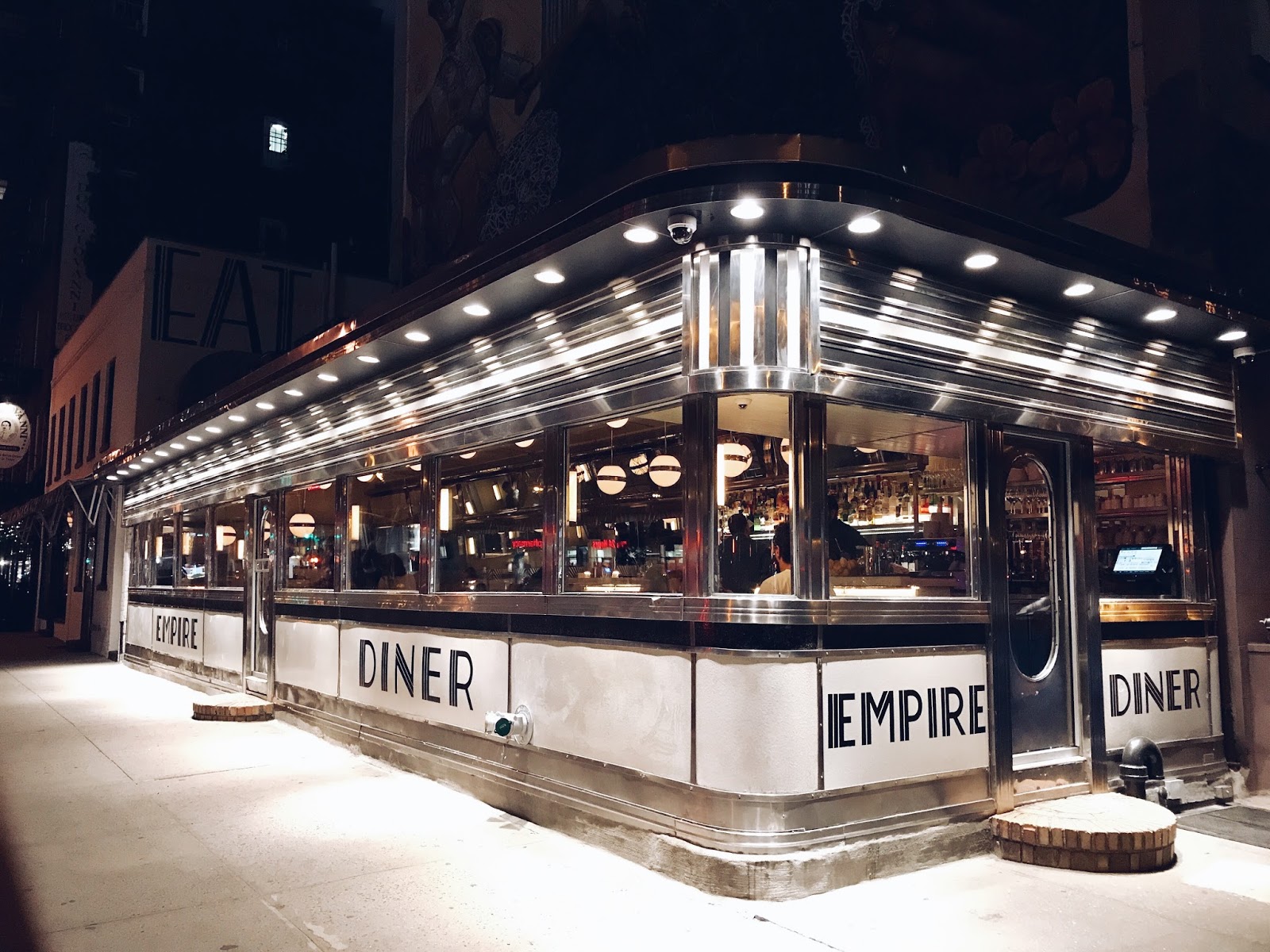 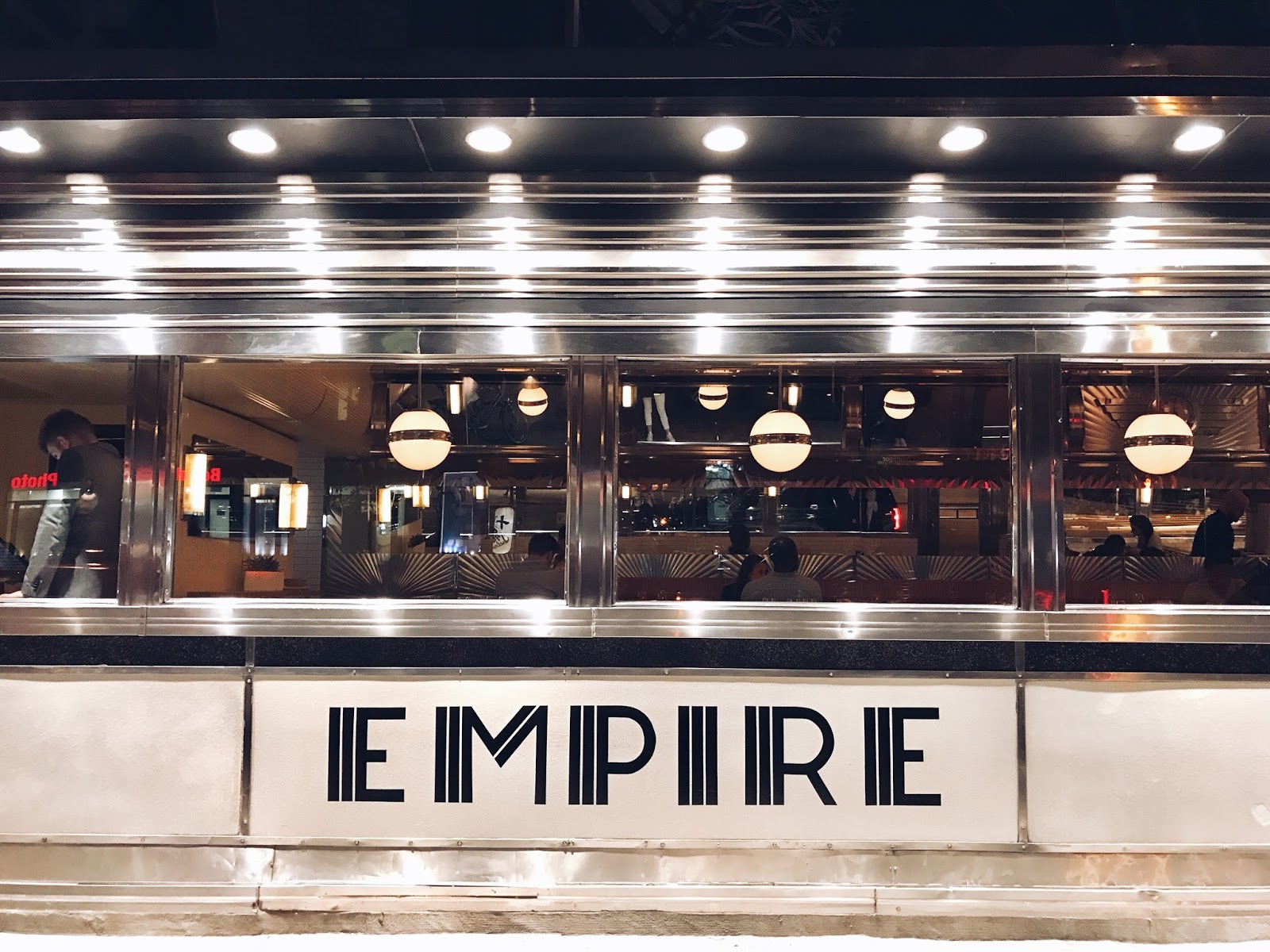 On the inside, you can immediately tell that this is not a typical diner. There are wooden benches, leather bar chairs, and white marble tables. I love the interior, it's very tasteful! 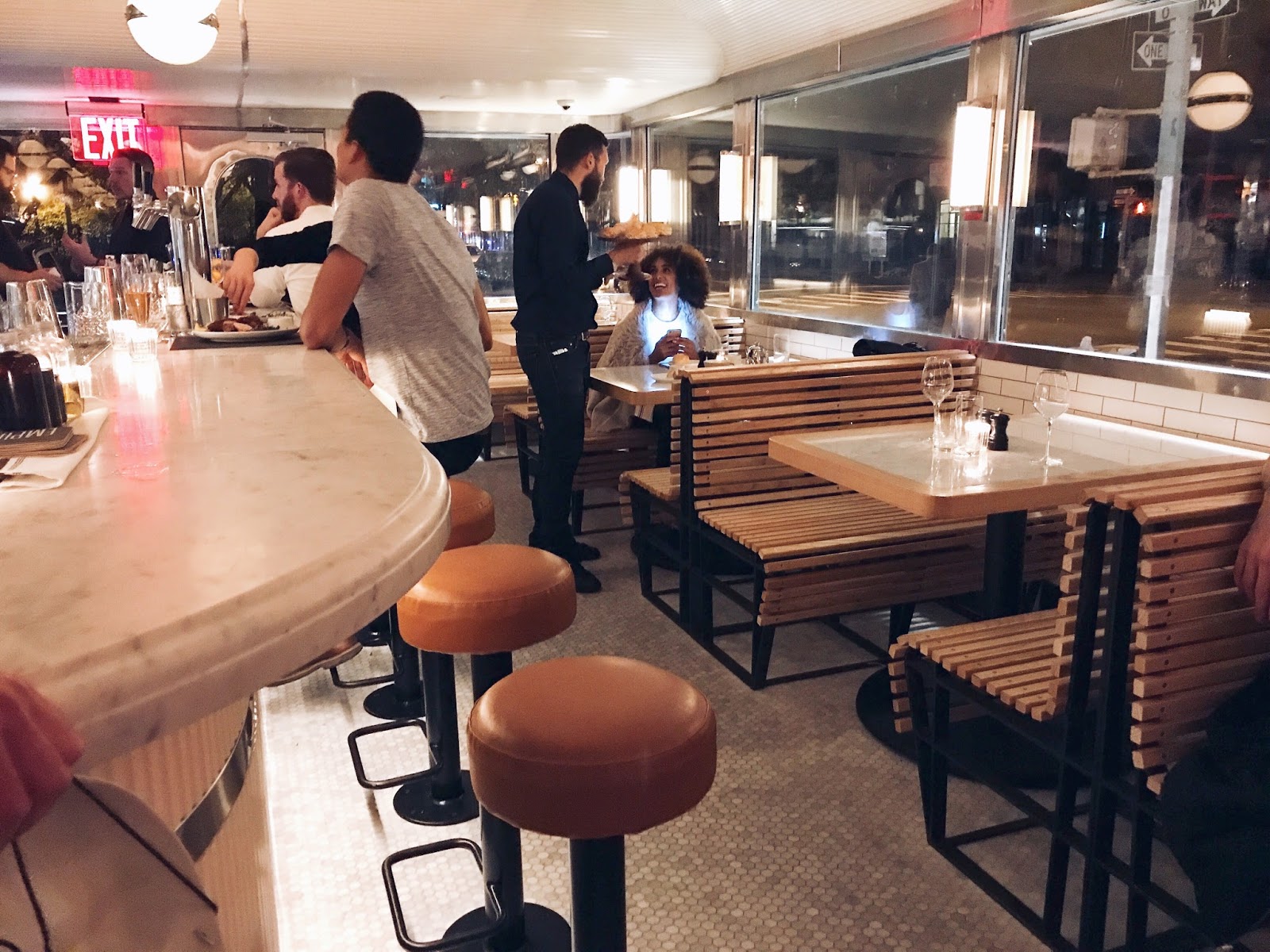 As I mentioned, the menu is a modern take on the classic American diner options. There's mac & cheese, burgers, fried chicken, fries but also vegetable-based dishes like roasted beets, crispy artichokes, and sweet pea toast. The best of both worlds! 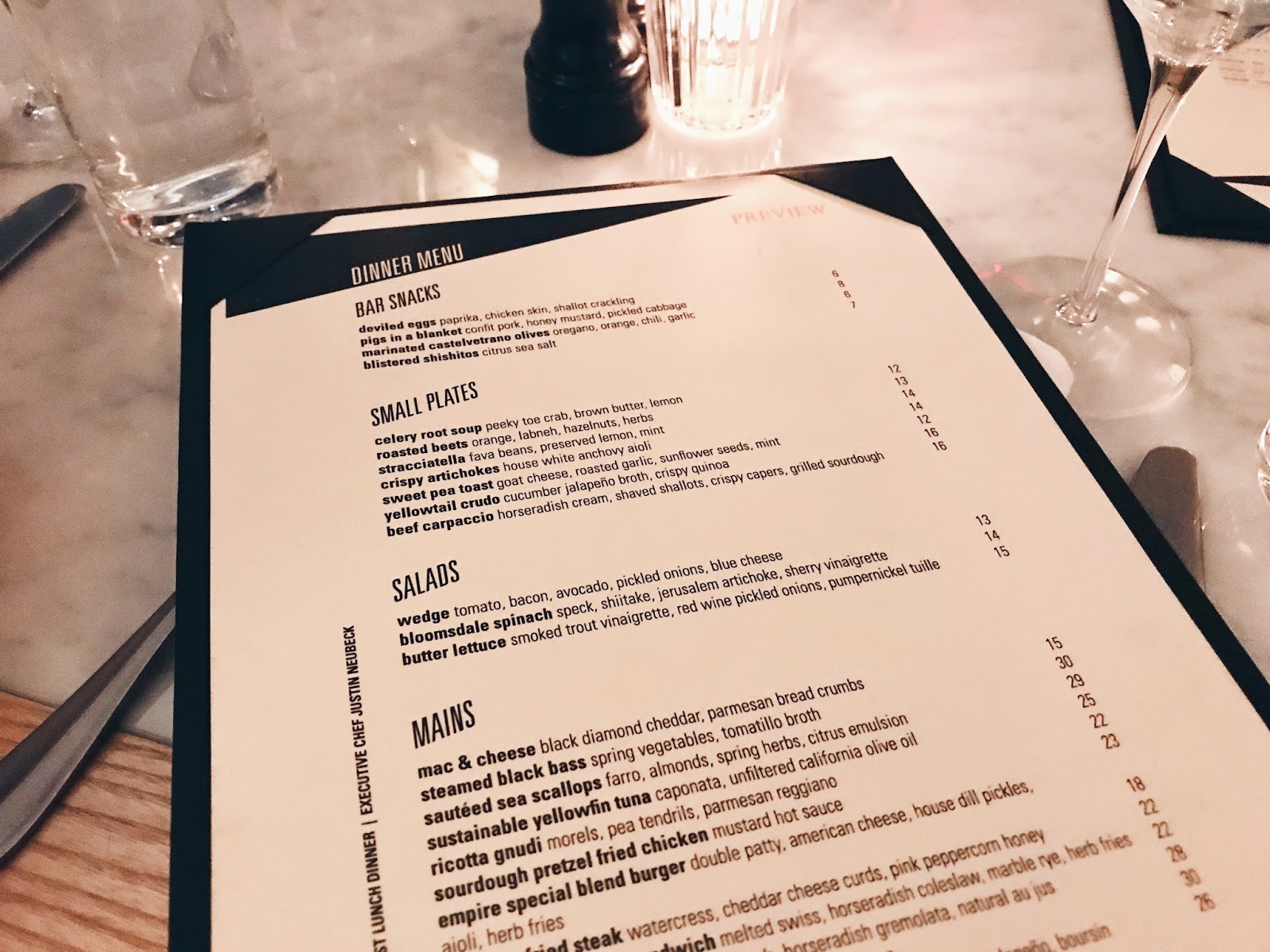 After you've made your choice, you get a hot biscuit, which is kind of like a savory scone. It's crunchy on the outside and warm and fluffy on the inside. 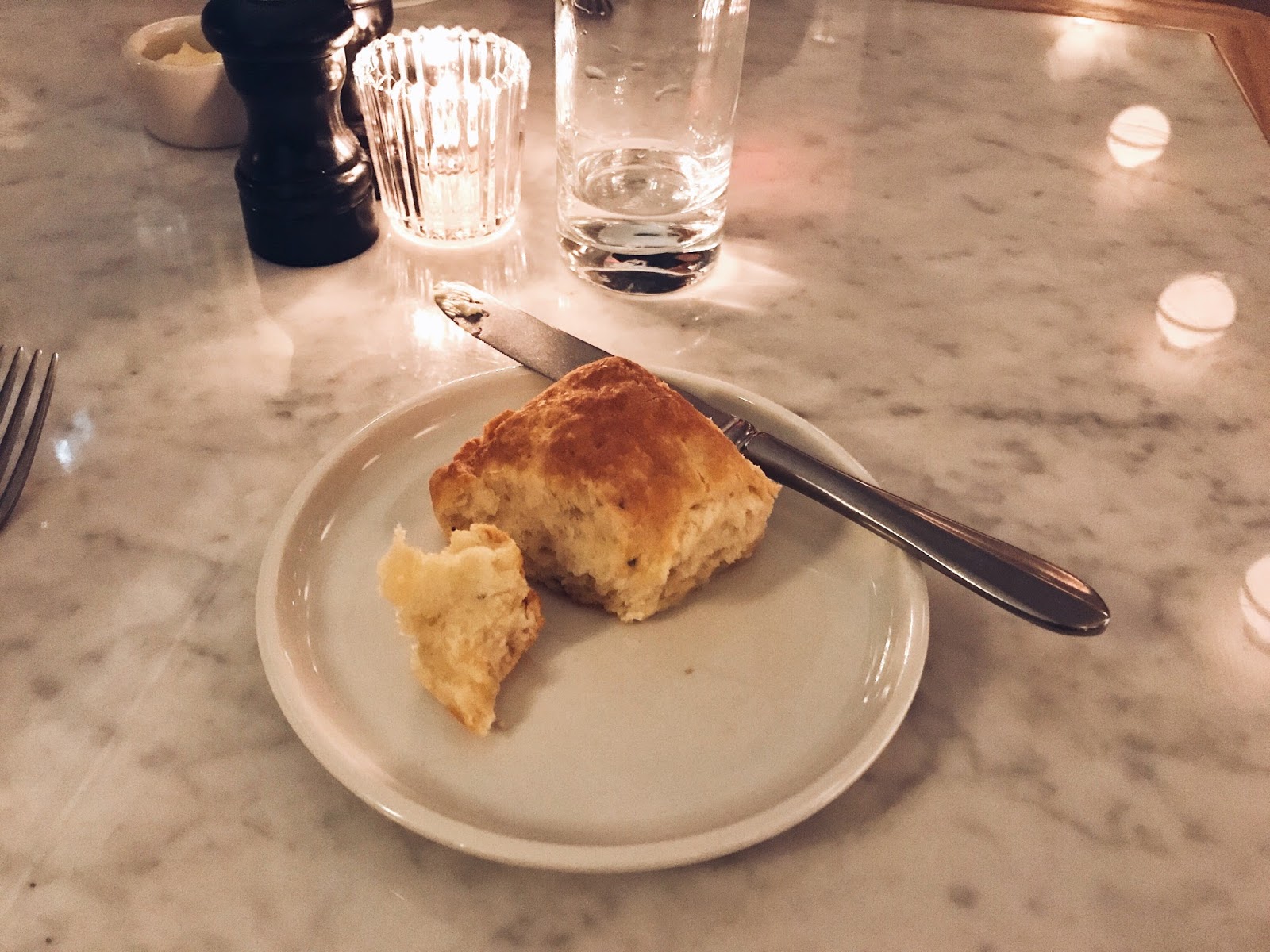 My sister and I shared a couple of vegetarian dishes, starting with the crispy artichokes. I like them but I didn't love the anchovy aioli it came with. I was hoping for something more fresh or herby. 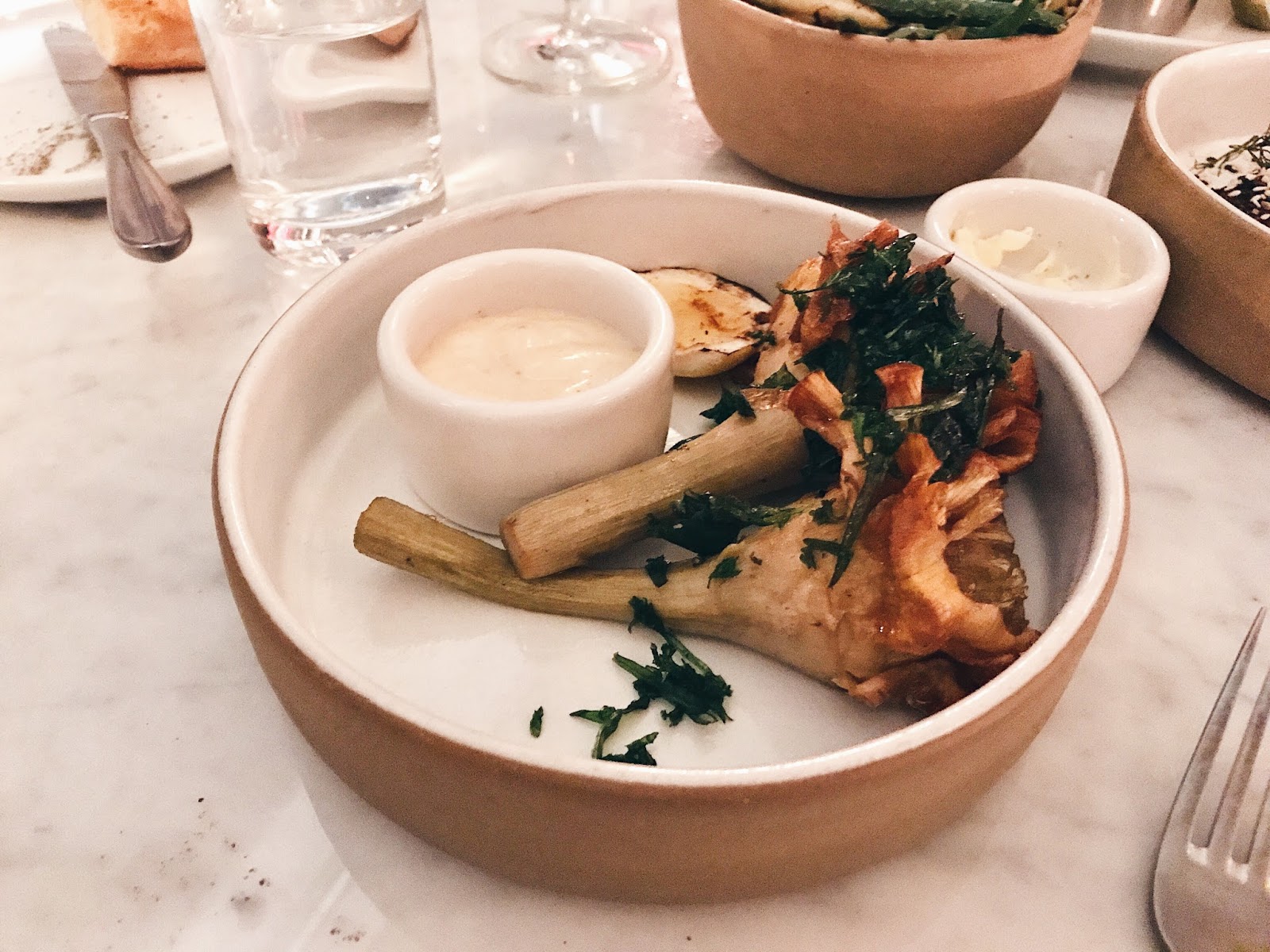 We also had the charred string beans with lemon and almonds. A tad too charred for my taste, my sister loved it though. 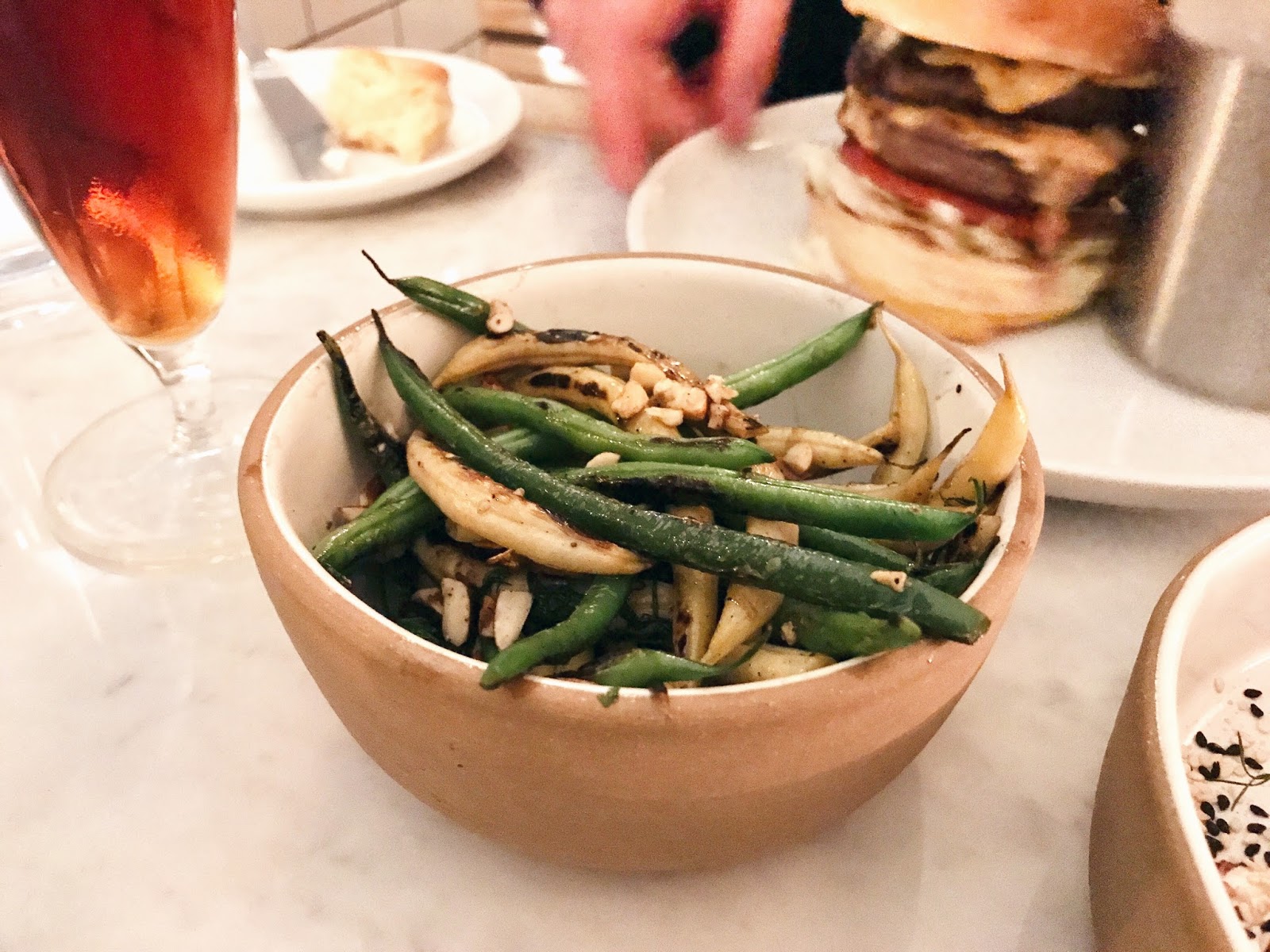 My favorite: roasted beets with orange, labneh, hazelnuts and herbs. A dish which wasn't only beautiful to see but also a flavor bomb for the taste buds. I want to recreate this at home! 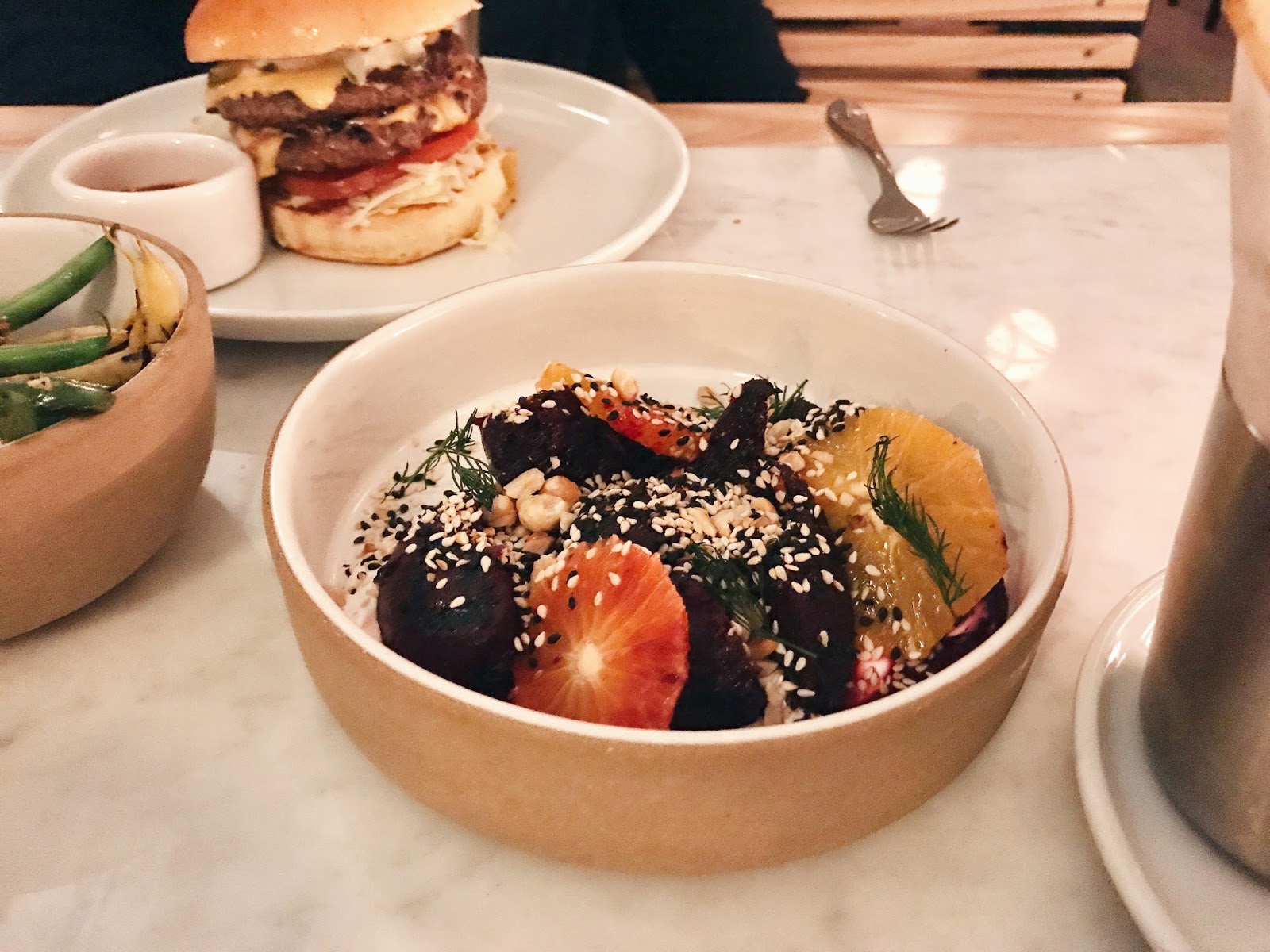 My brother ordered the Empire Burger, which I think is the best option for the meat lovers. It's a real beast of a burger, and a really good one according to my brother. 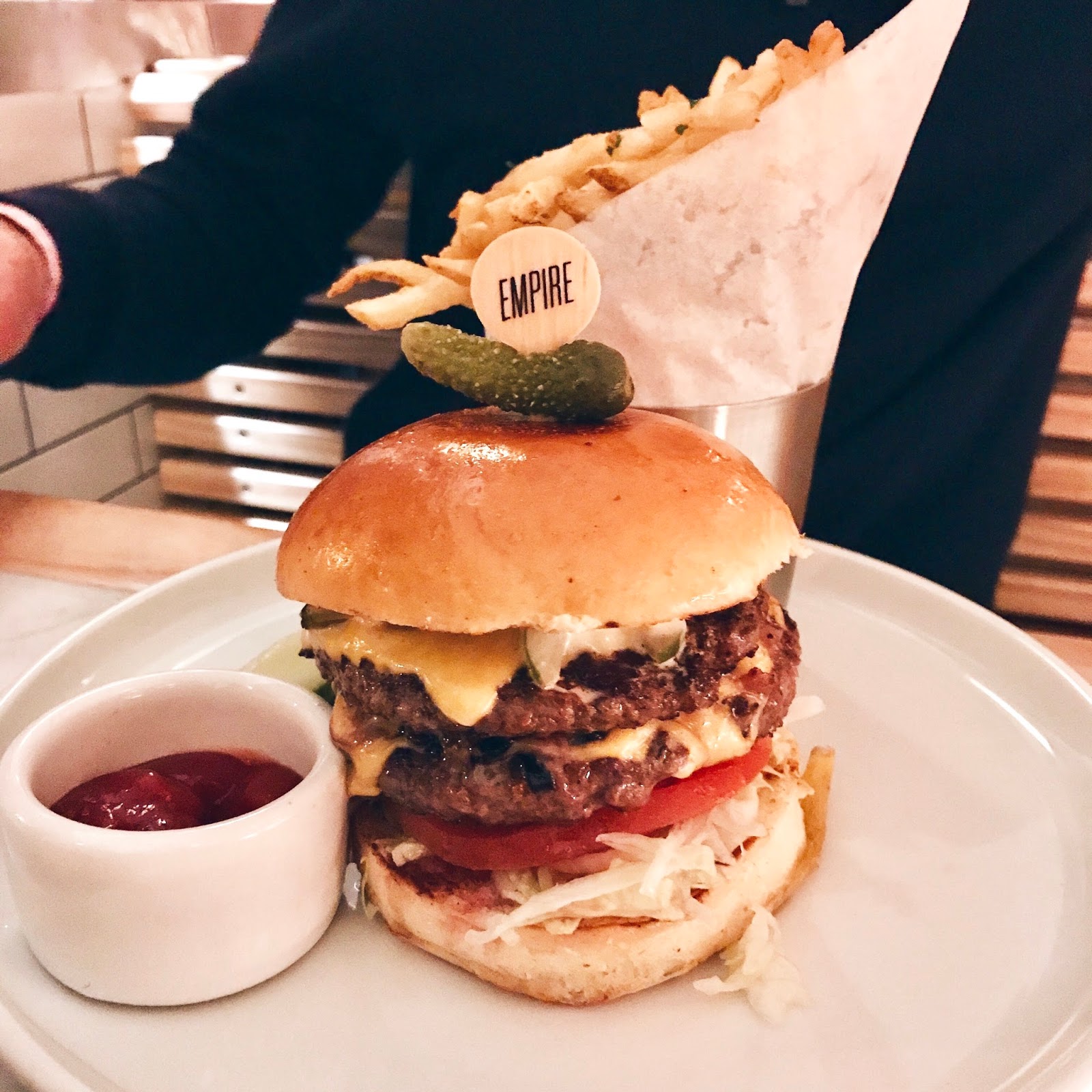 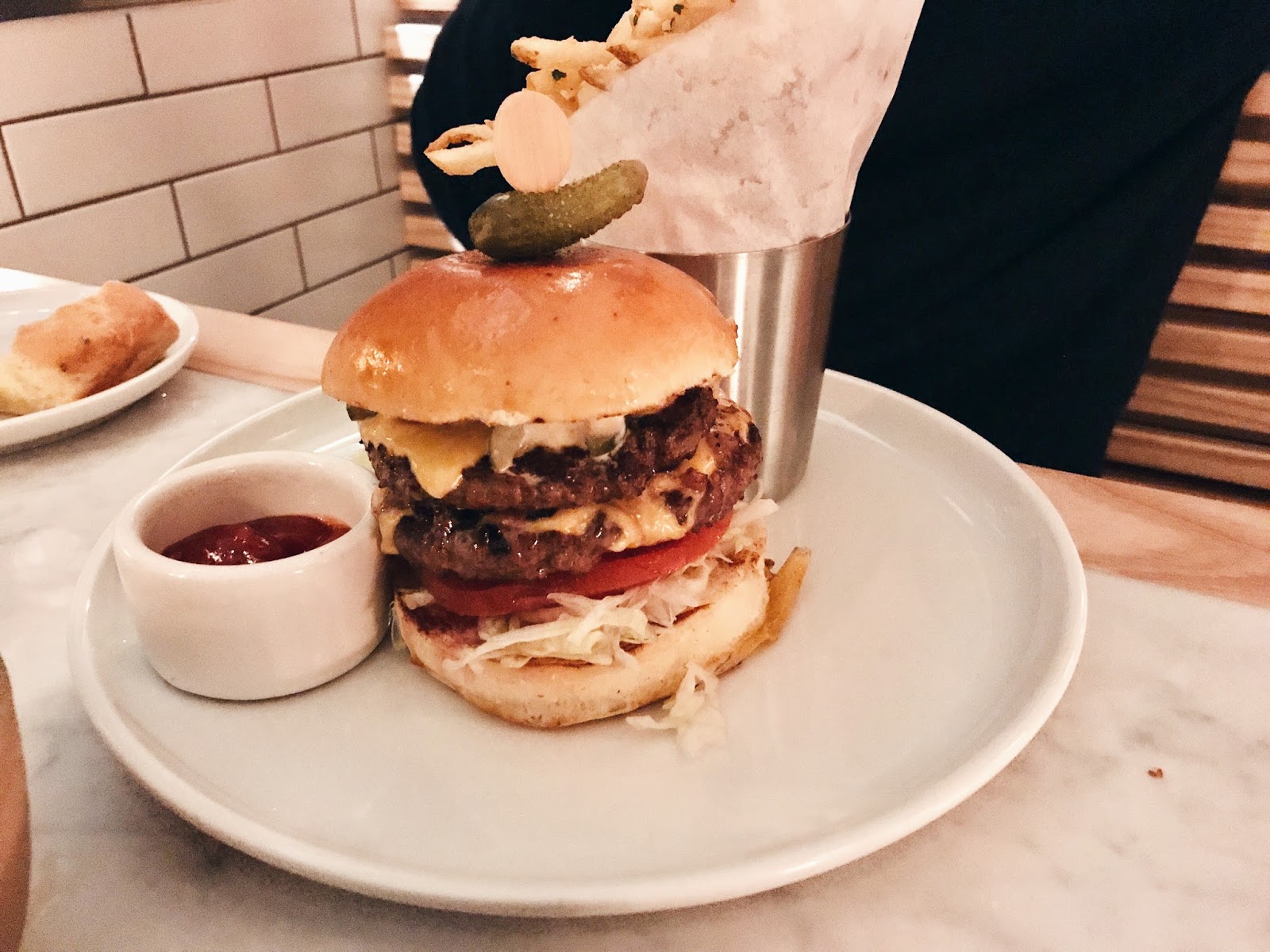 We also shared some sides of herbed fries, which were fantastic and for sure some of the best fries I've had in New York. 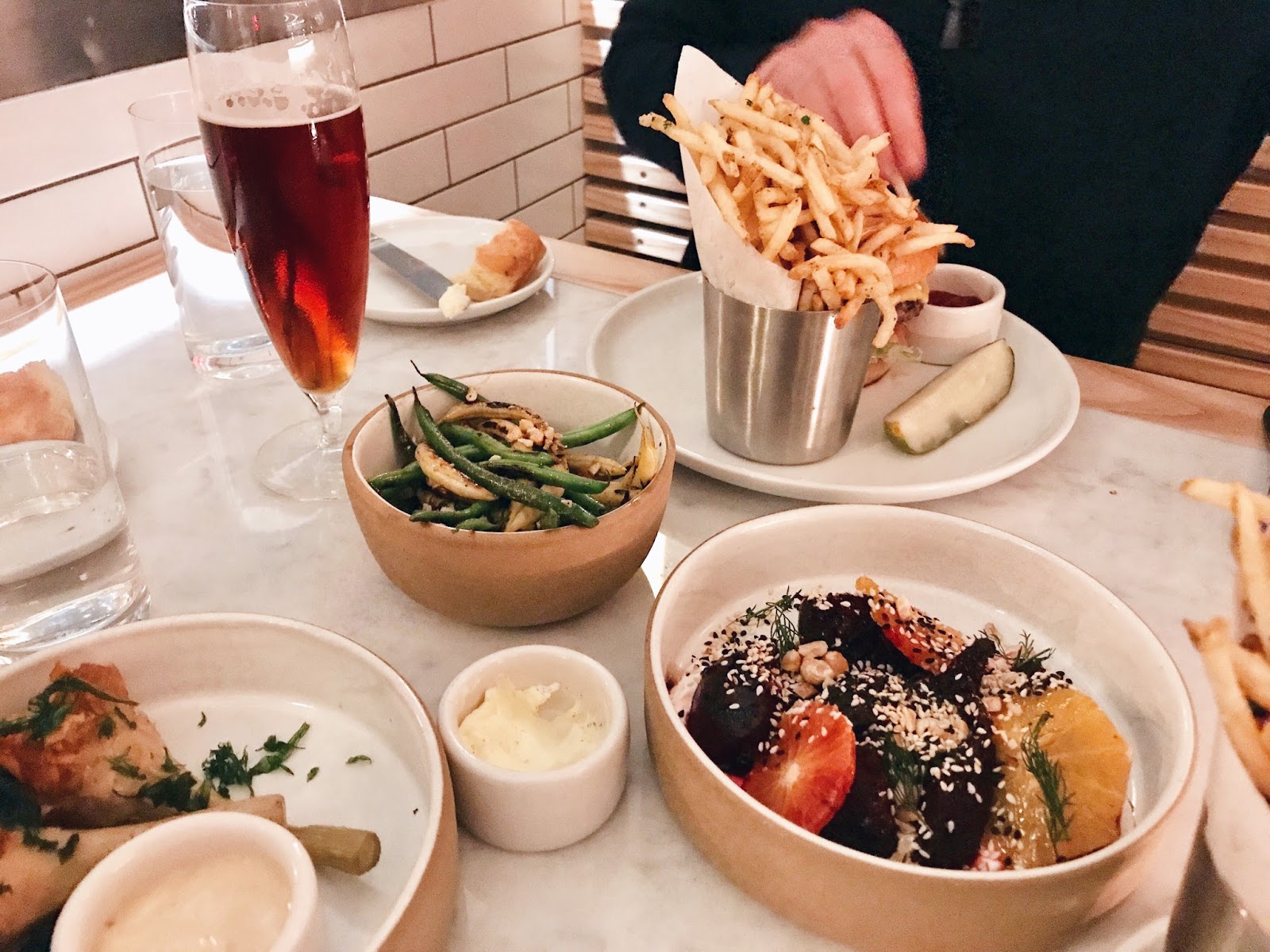 Although we were going for a small late night snack, the menu was so good we couldn't help but sampling a few dishes! 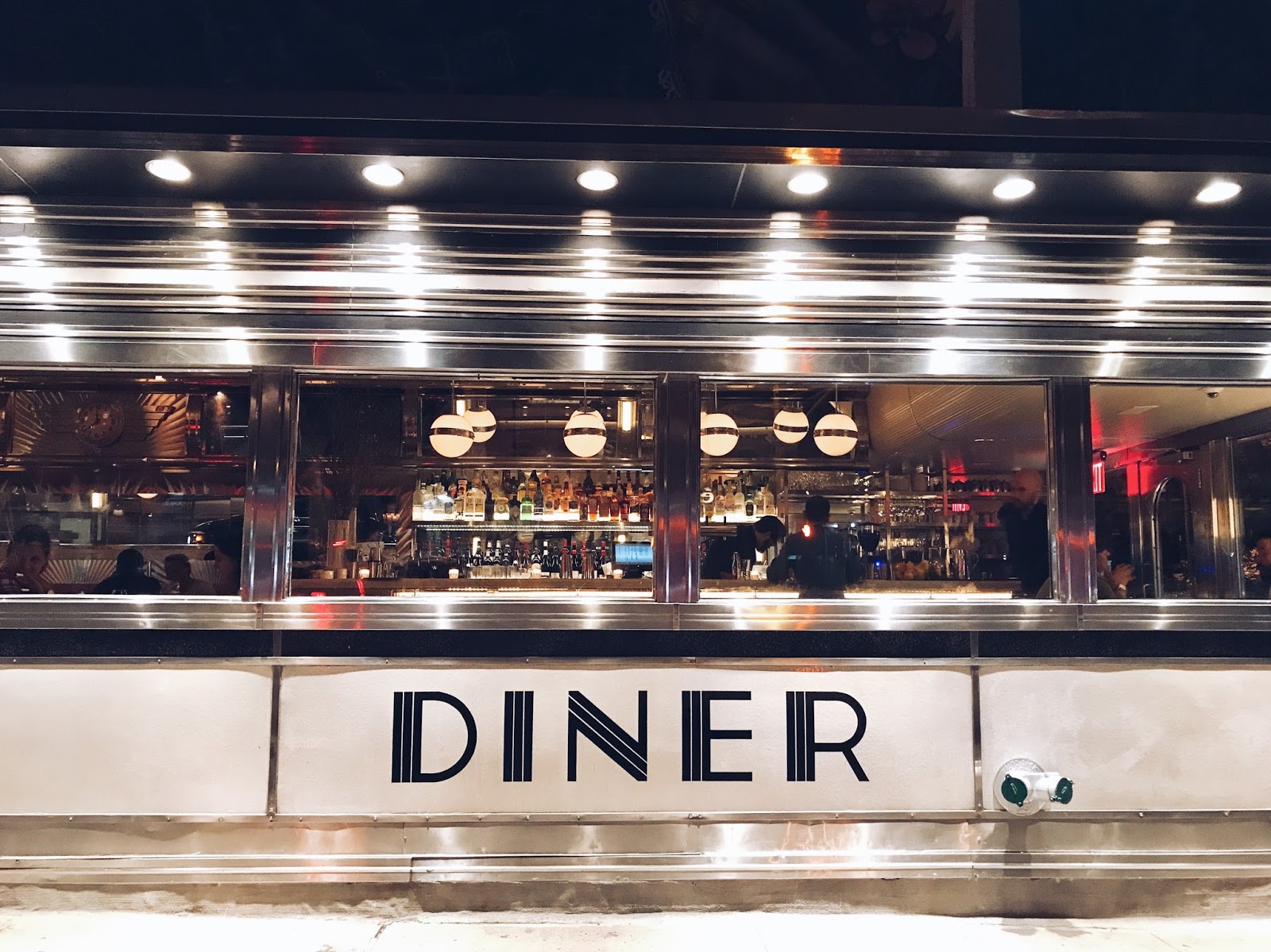 We were really pleasantly surprised to find such a good spot by coincidence. Empire Diner deserves more hype! They're open from 8AM till 1AM every day of the week, so you can come here at any moment of the day for some delicious food. I like that they have both nutritious/light options and American classics. The location in West Chelsea is a bit random but it's so worth going!