In part three of my 'Boxing in New York' mini-series, I want to tell you a bit more about Rumble, probably one of the most popular boxing workouts in the city. I've tried several boxing gyms in New York, including Gotham and Overthrow. This time, I saw an offer for some trials at Rumble so I signed up immediately because this gym had been on my to-do list ever since I arrived in New York. And I kind of also wanted to go after my roommate told me that Justin Bieber was in her Rumble class a couple of weeks ago! 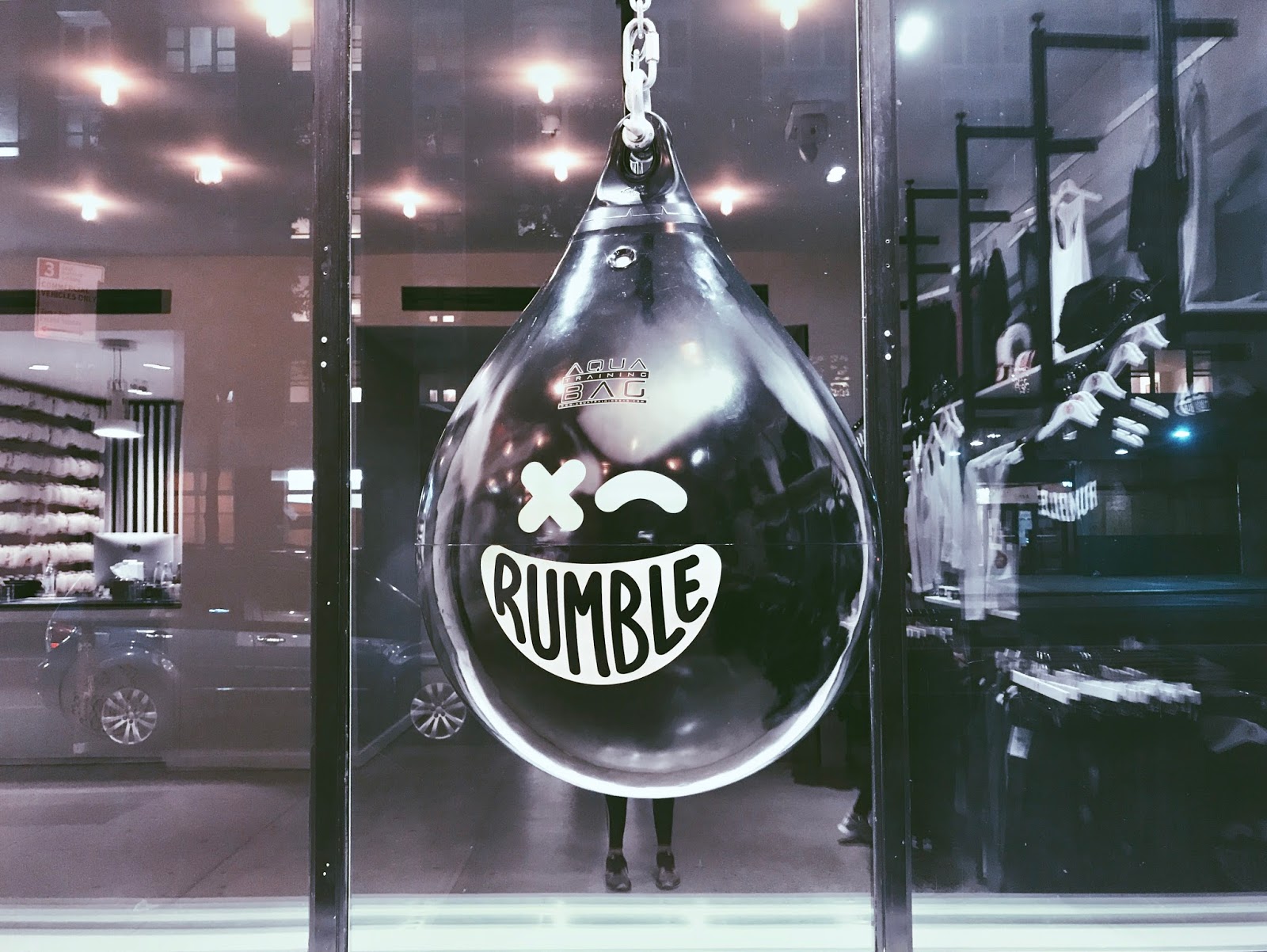 Rumble is located on 23rd Street, between 6th and 7th Ave. I'd actually been waiting for Rumble's second location to open in SoHo but it seems like they're still working on it. The 23rd St location is very nice and very white, different than other boxing gyms I've been to! 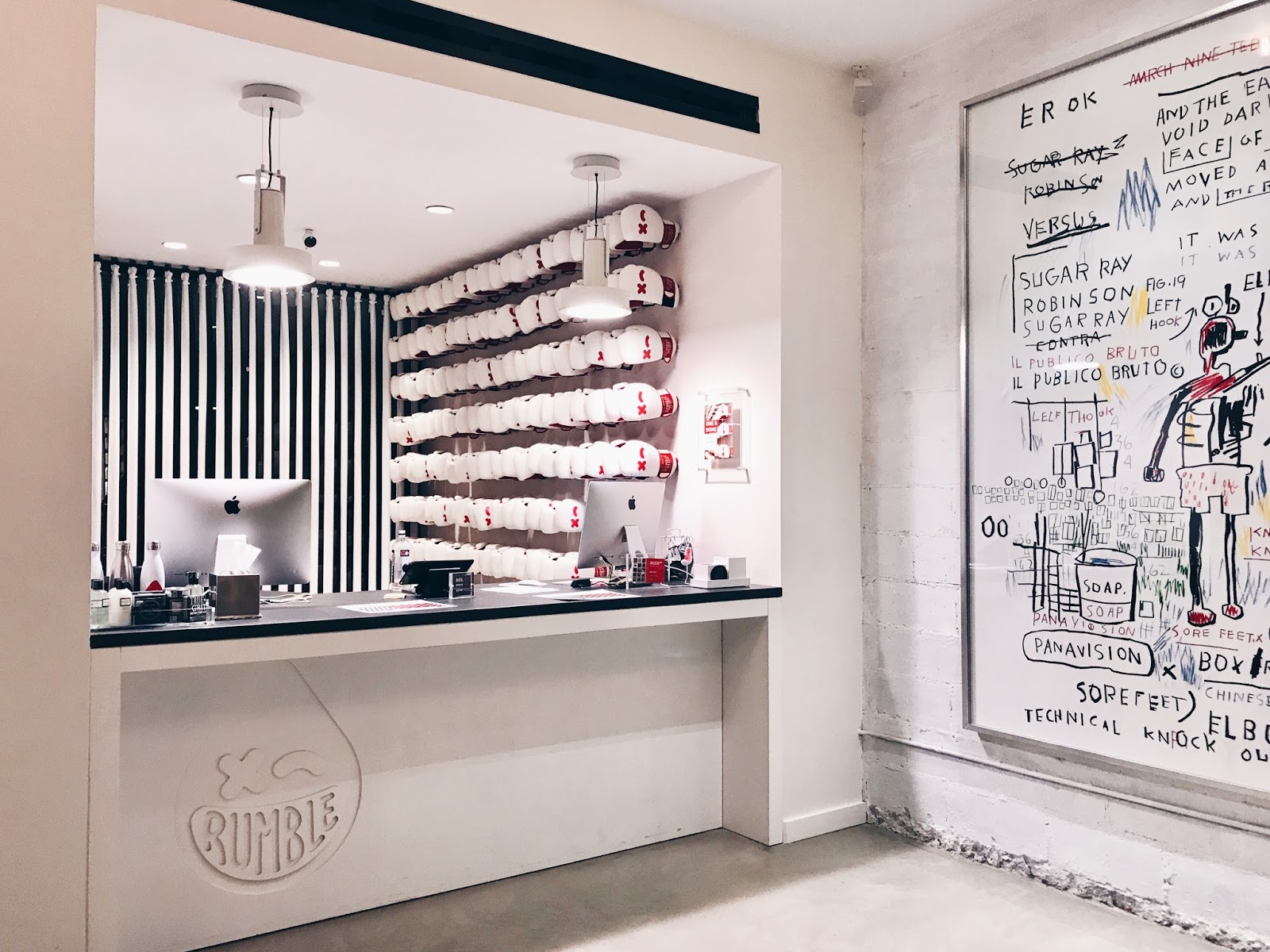 You sign in at the front desk and get a pair of gloves and wraps if needed. I got to use the gloves at no fee this time but normally it's $3. There are some lockers upstairs to store your belongings, and there are some more in the changing rooms downstairs. 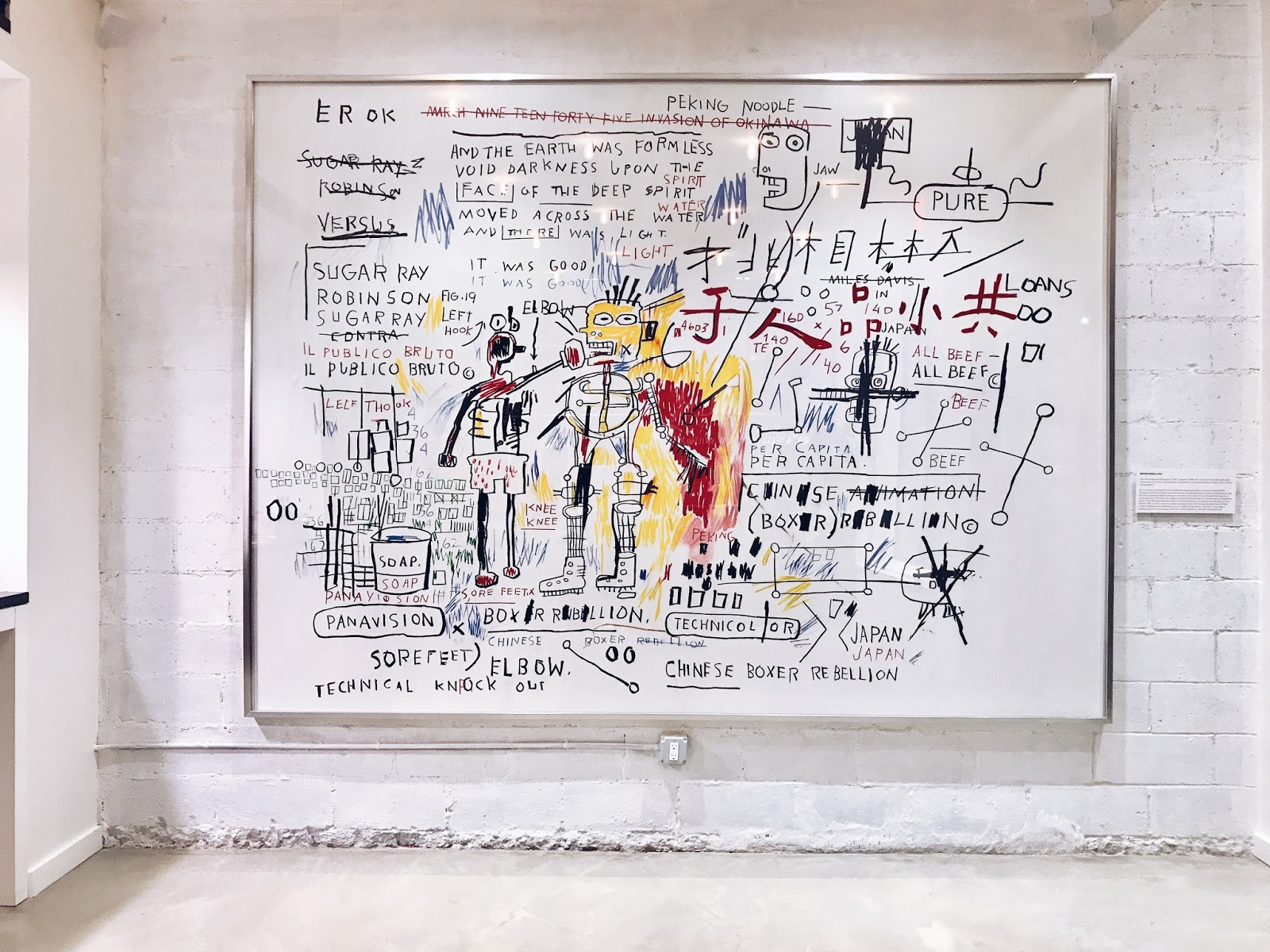 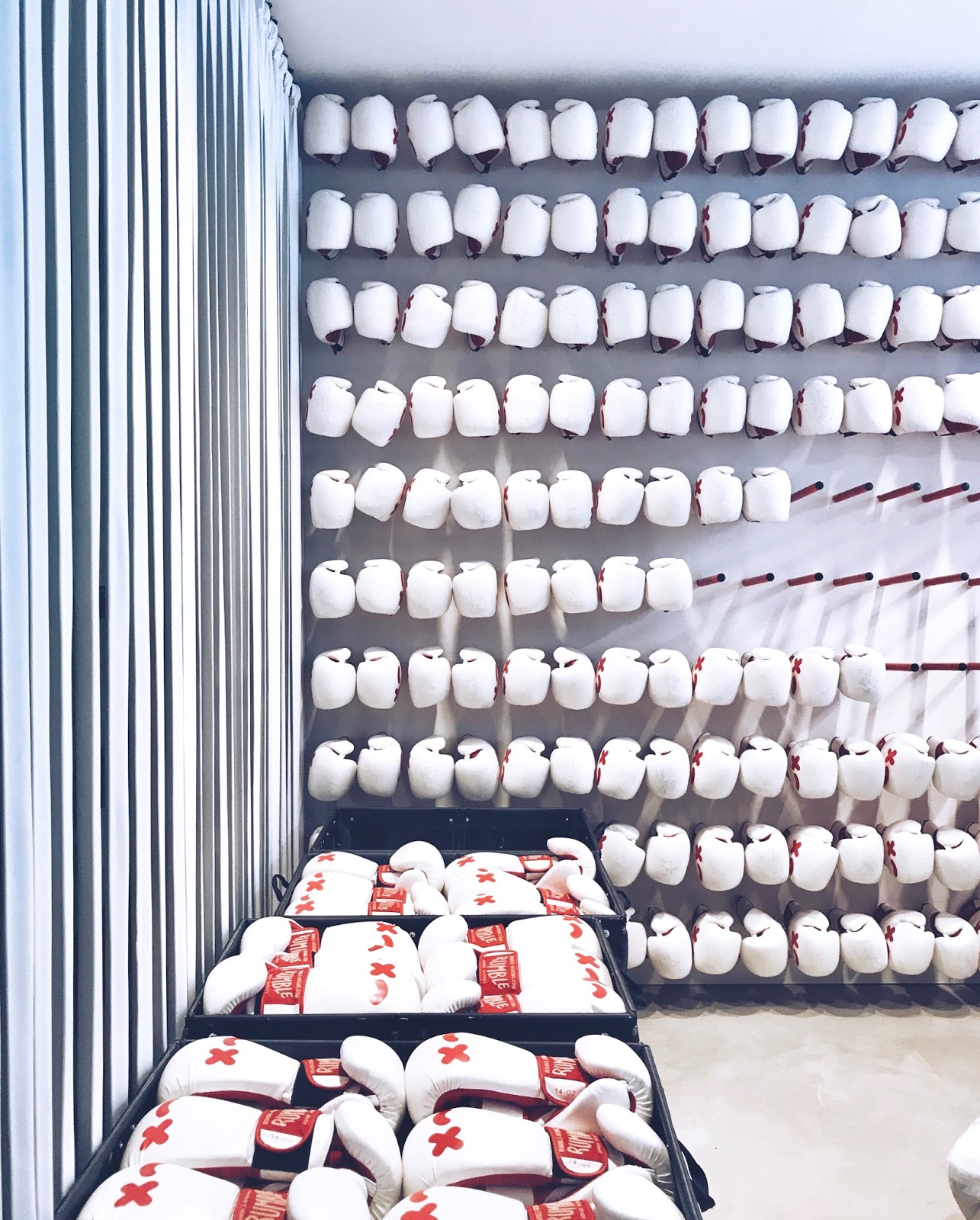 The changing rooms are well stocked with everything you might need before and after a boxing session: towels, hair ties, dry shampoo, razors, deodorant, skin care... the works. I like this extra attention to detail! 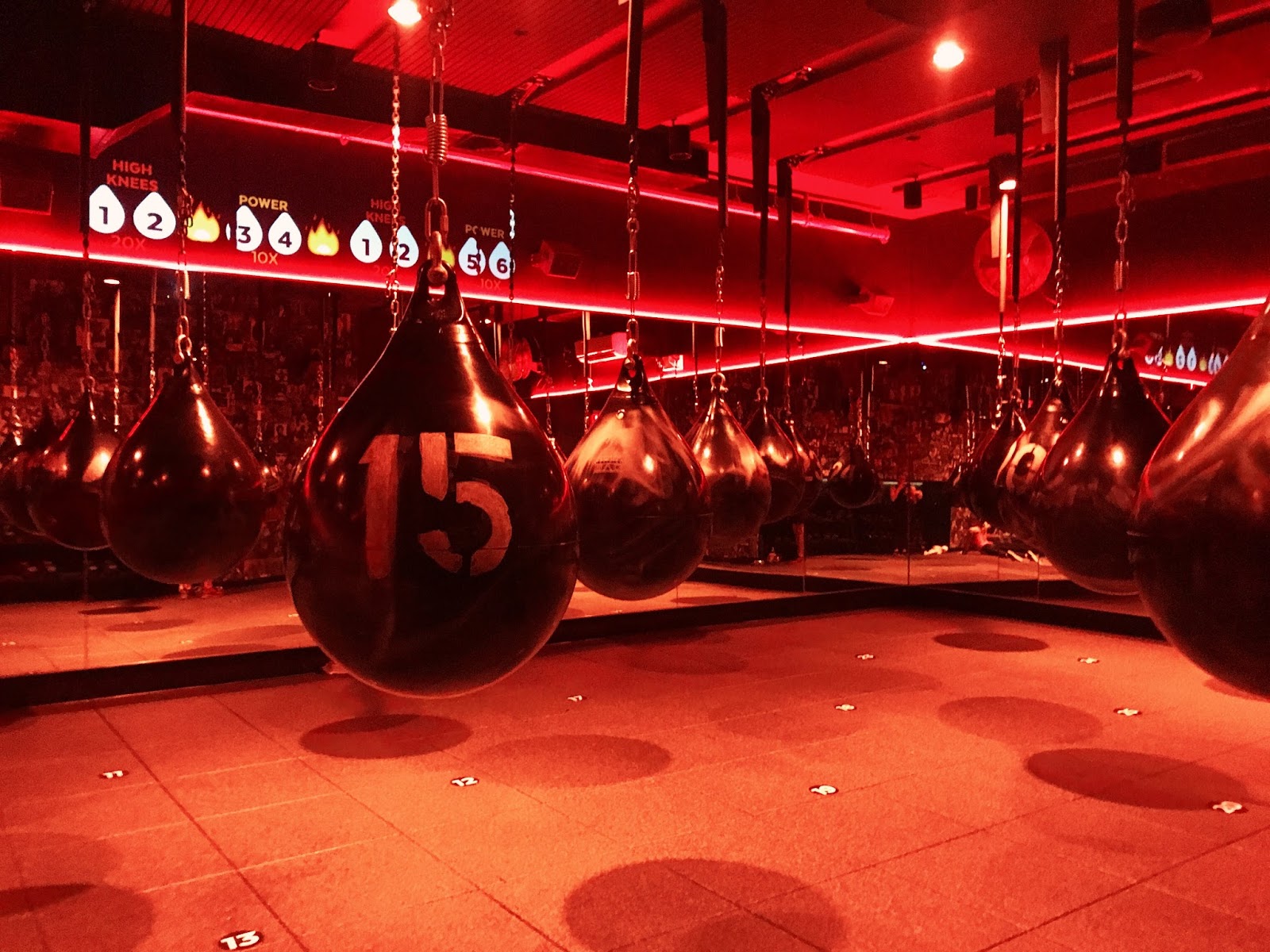 Rumble describes its classes like this:
"Rumble incorporates the best principles of the sweet science of boxing and strength training, all to help you develop that lean, strong, and confident fighters physique. Rumble is HIIT (High Intensity Interval Training), strength training, metabolic conditioning (METCON), and uppercut throwing cardio in one clean class."

So it's a bit of an all-rounder workout, not specifically focused on boxing but a mix of strength, cardio, HIIT, and boxing. 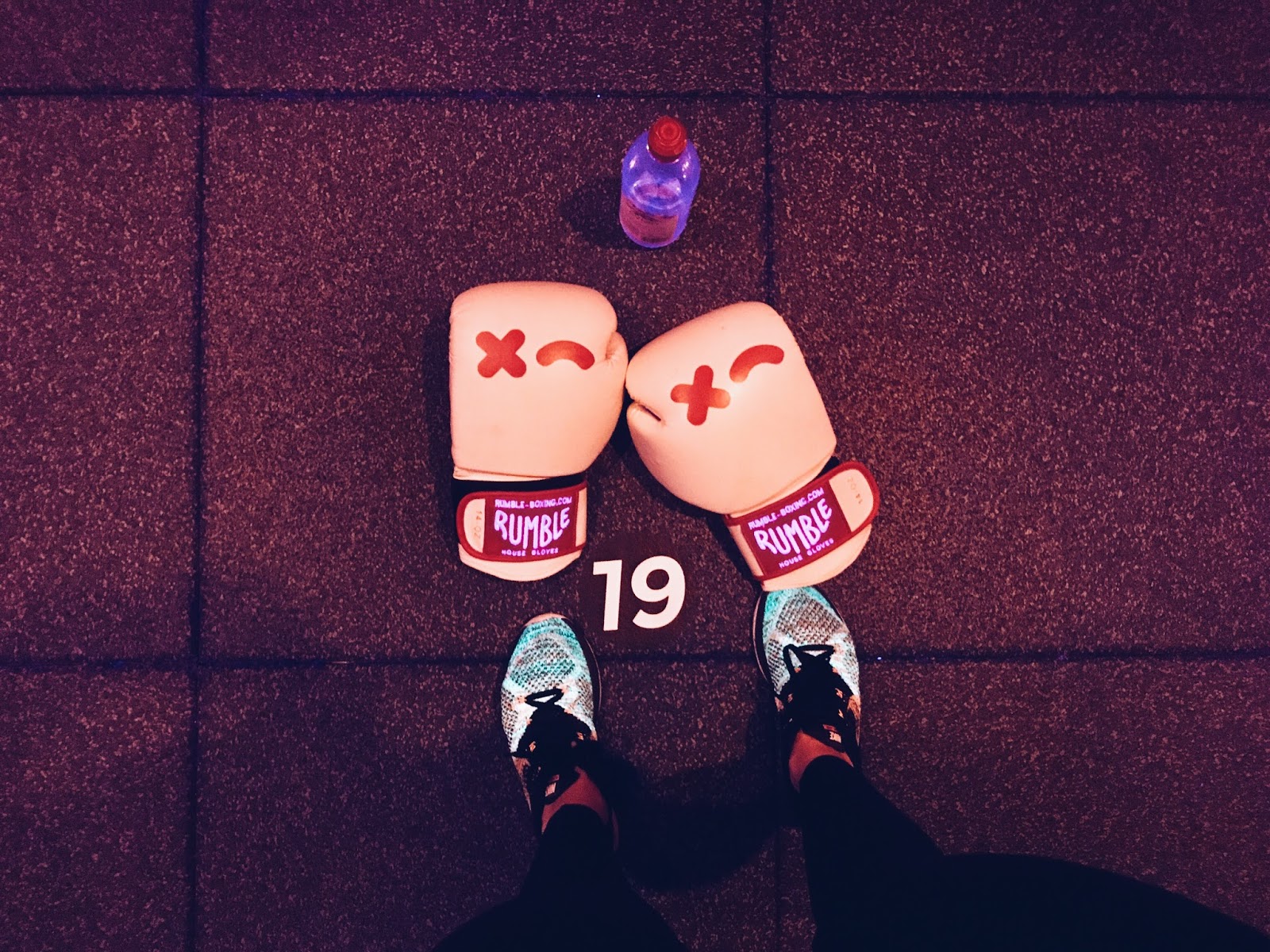 When you sign up for a class you get an assigned number and a side. The room is divided into two sides. On one side there are boxing bags where you throw punches. On the other side, you do the strength exercises, arms/legs/abs. You switch side three times, so in total, you're on the bags twice and on the floor twice. The instructor always explains what you have to do, but in case you forget you can always check the projections above the mirrors, super convenient. 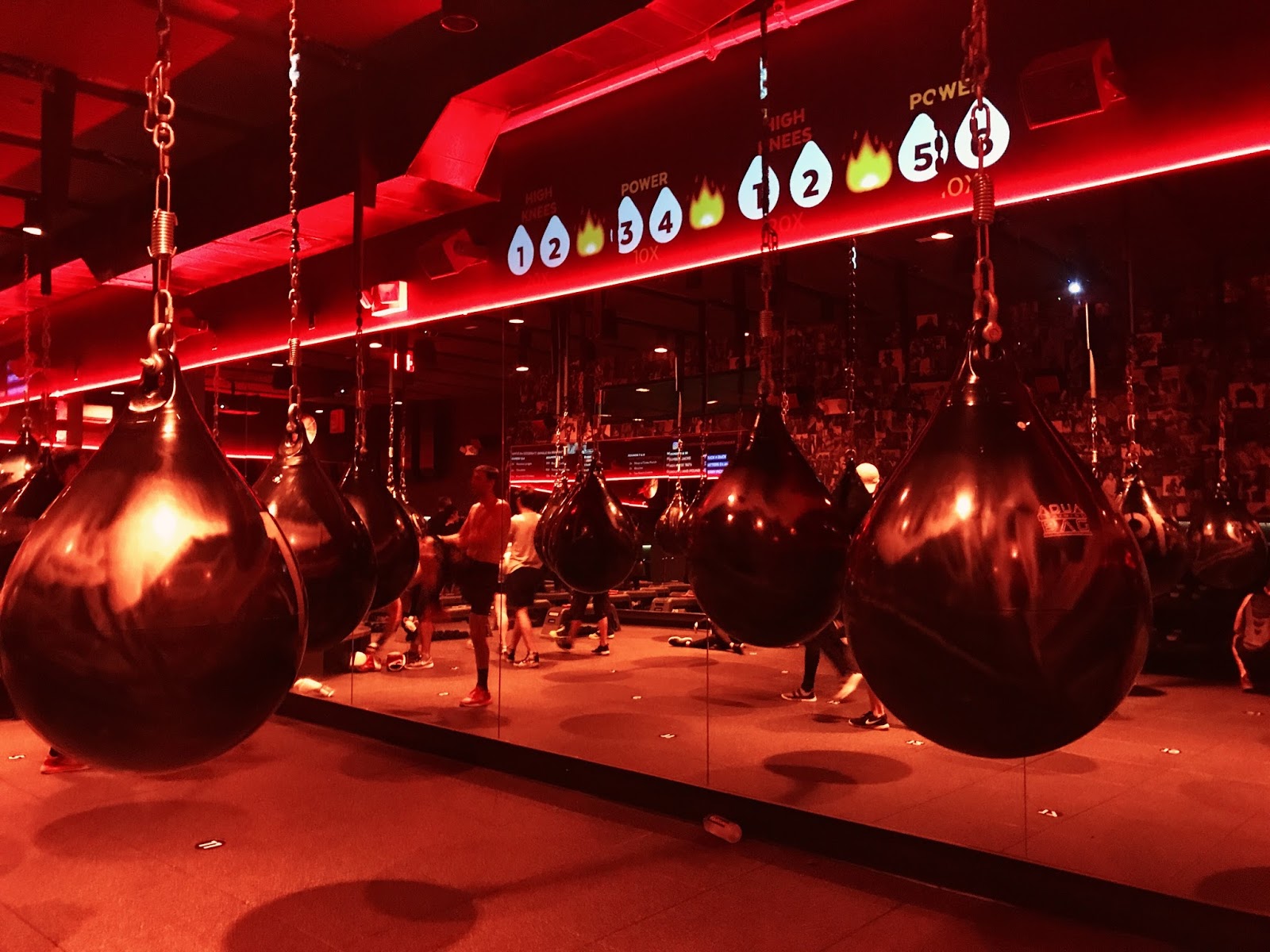 The classes are really stimulating because of the instructor's enthusiasm, the changing lighting (from red to green to blacklights), the pumping music and the intensity and variety of exercises. You'll be dripping in sweat and the class is finished before you know it. After each class, I felt high on endorphins, the most satisfying feeling! 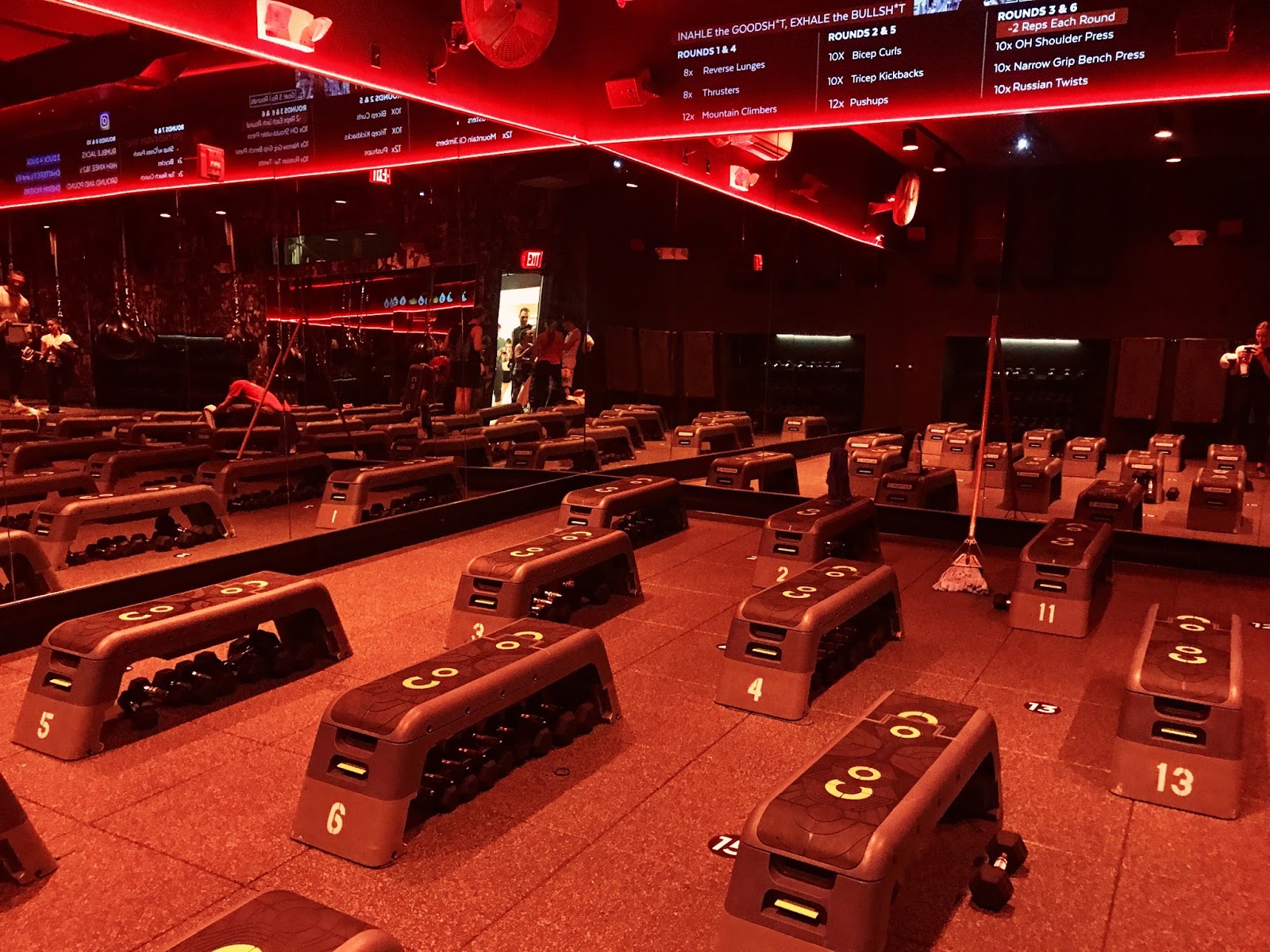 The only downside of Rumble is that there's a lot of people in one class, and with the group divided into two, the trainer's instructions can get a bit confusing (especially with loud music blasting). But I think it's a matter of going a couple of times before you get the drill. 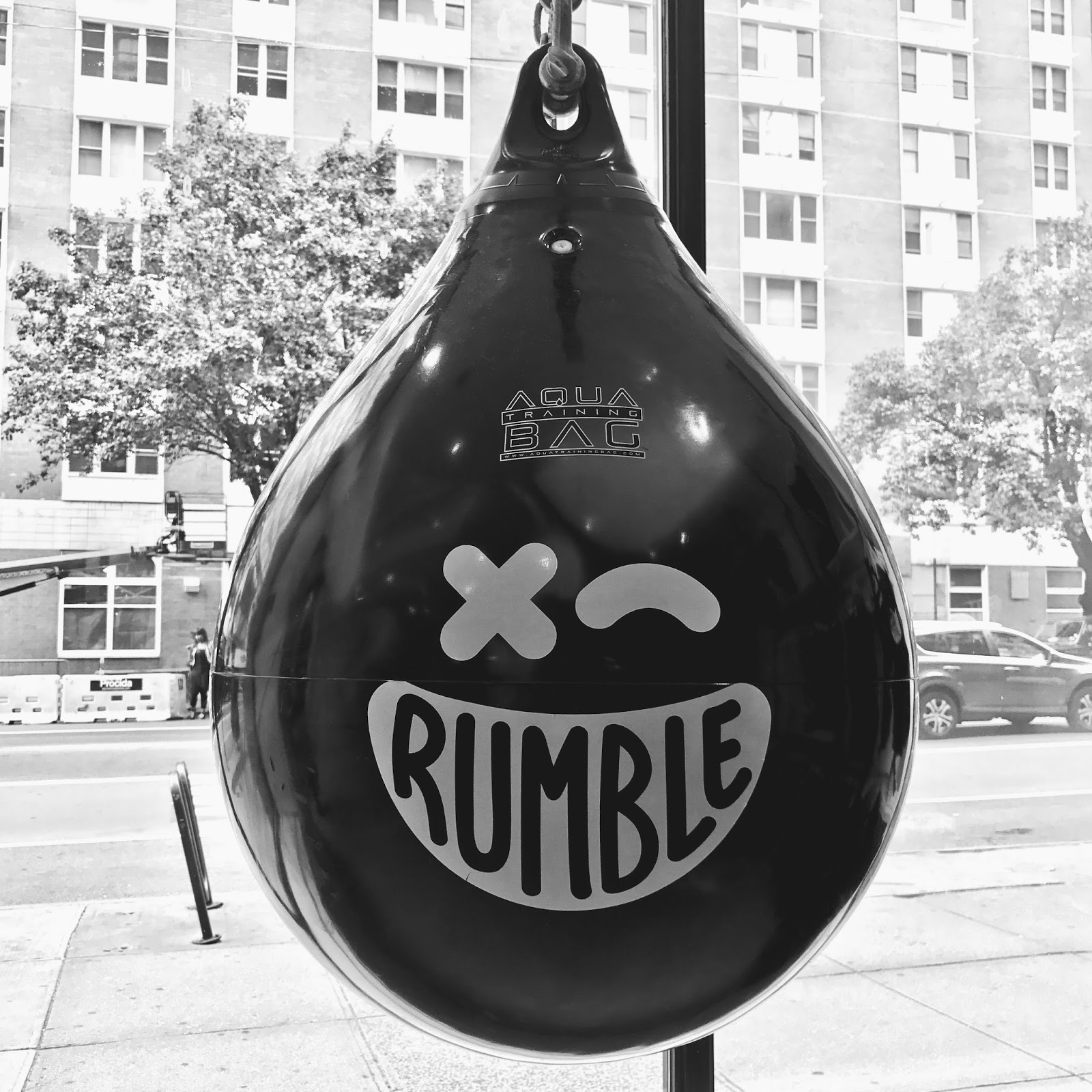 Rumble is a really good workout, and very different than the other boxing gyms I've tried. It's a good class for people who haven't boxed before because you go through the basics. On the other hand, there's zero focus on technique so it's not a place where you'll improve your boxing skills unless you take private classes. Overall verdict: an intense but fun workout with basic boxing. I like it a lot. Thank you, Anthony and Dagmara for the awesome classes!